We all live in a universe that is full of bright objects, on a clear night sky, thousands of glistening stars can be seen with the unaided eye. But the fact is these stars only occupy a tiny part of the milky way galaxy. Beyond our galaxy, the universe shines with the light of trillions of other galaxies each containing billions of stars. But what came before the stars and how did trillions of these dramatic objects appear throughout the cosmos? 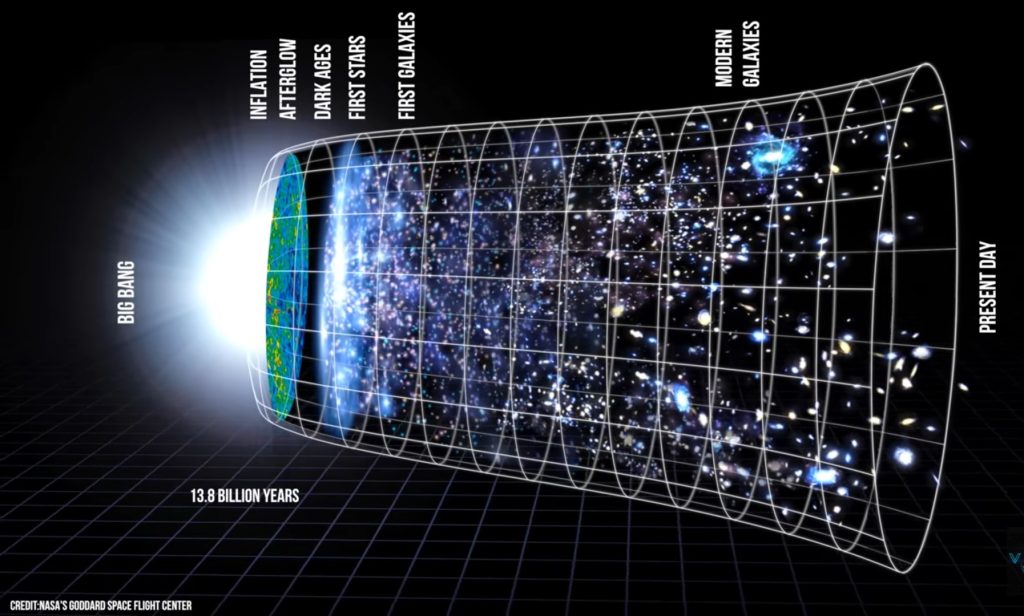 According to the big bang theory, 13.8 billion years ago time and space began the building blocks of everything we see today burst into existence. No one knows what came before this moment, it is the point from which our understanding of the universe breaks down. But despite the mystery of how it all started, researchers have been able to piece together a rough timeline of the major events that came after this incredible moment.

Unlike its name suggests, the big bang was not an explosion. It was a period when the universe was extremely hot and dense and space began to rapidly expand in all directions everywhere at once faster than the speed of light. Soon after, the universe would have looked opaque it would have been like a hot dense soup of particles including protons neutrons and electrons.

When the universe started cooling, the protons and neutrons began combining into small units called nuclei. Under these extreme conditions, the matter would have been distributed like a thick fog throughout the universe scattering all of the existing light.

After 380 thousand years or so as the universe continued to cool the nuclei eventually attracted electrons turning them into neutral atoms allowing light to travel freely for the first time. This process of particles pairing up is called recombination and is the point when the universe went from being opaque to transparent.

Light had formally been stopped from traveling freely in the early opaque universe because it would frequently crash into free electrons. Now that the free electrons were bound to protons, creating neutral atoms light was no longer being impeded and could travel in straight lines. This sets loose the flash of light created by the big bang which is detectable today as the cosmic microwave background, the earliest possible snapshot of the universe. 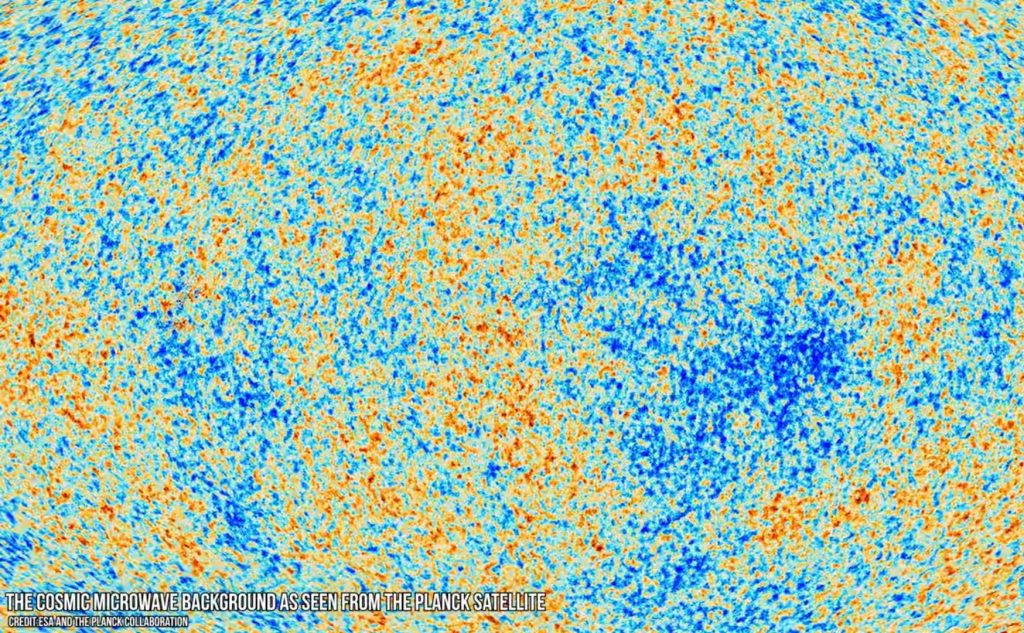 Above is an image of the cosmic microwave background revealing the universe just 380,000 years or so after the big bang. The stars, galaxies, planets and other objects we see today when we peer out into the cosmos did not just pop into existence after the big bang. It took hundreds of millions of years before even the first stars began to ignite within the first proto galaxies.

These enormous threads of gas may have also been created in part by interlocking filaments of dark matter which is an elusive undetectable substance. But it is within these threads of gas where the first stars, the ancestors of our sun ignited into existence. As the thick clouds of gas in these areas became denser and denser, it began to collapse and in the densest regions the gas became so hot that nuclear fusion reactions began and out of the darkness, the dawn of starlight emerged.

The universe was finally illuminated. The first stars to ignite in the universe were probably enormous objects made almost solely of hydrogen and helium, the elements that formed as a direct result of the big bang. They would have contained none of the heavier elements like carbon, nitrogen, oxygen and iron that are found in stars shining today. They were likely hundreds of times more massive than the sun and burnt with such ferocity that they shone bright blue with the energy of more than one million suns.

Because these titan-like stars were probably extremely large, they would have burnt through their fuel supply very quickly. A star 60 times the mass of the sun for example is estimated to last less than 1 million years. This could mean that the first stars known as population 3 stars exhausted their fuel supplies long ago by exploding in a magnificent cosmic event known as a supernova and now can only be observed as remnants such as neutron stars or black holes.

When they died in supernova explosions, they would have produced the first metals for the following population of stars called population 2 which have a small proportion of metals. Metals being the term that astronomers use for anything heavier than hydrogen or helium.

These population 2 stars then went on to birth the metal-rich population one stars we see today. Since the very first stars emerged, trillions have existed but ours could well be the most unique out of them all. It is possibly the most extraordinary, why? because our star, the Sun nurtures the Earth the only place as far as we currently know which allows life to exist. And in our case intelligent life that can study the universe and discover what might have happened during those first moments that eventually led to our own existence.  This is the incredible cosmic connection that we all share because after all every human that has ever existed came from the dust of these ancient stars.