What Would It Be Like To Stand On Saturn’s Moon Titan? 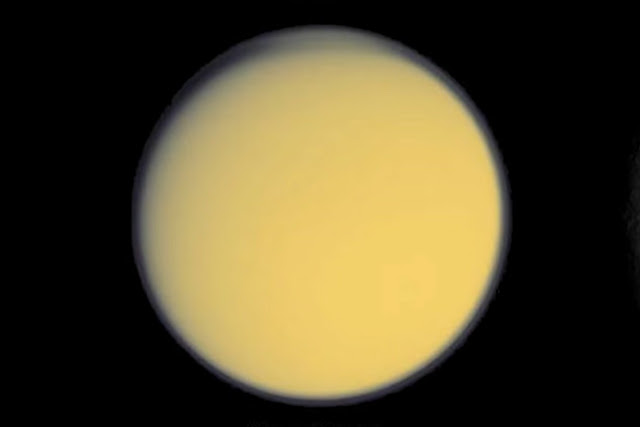 886 million miles or 1.4 billion kilometers from the Sun, we can find the mysterious planet-like moon Titan. It is larger than the smallest planet in our solar system which is Mercury. Titan orbits around the magnificent gas giant Saturn, but what makes this moon so different and interesting is that it has a dense atmosphere and is the only object other than Earth where large bodies of surface liquid can be found. 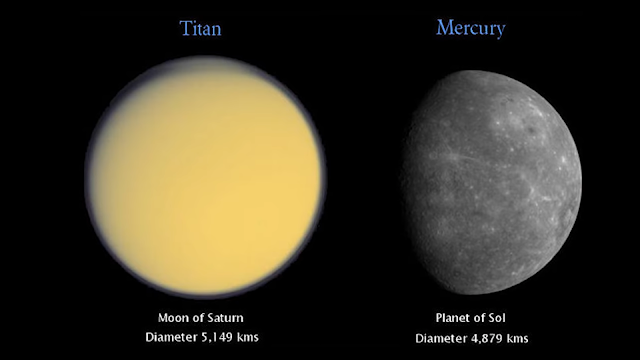 So if one day in the future humans have developed the technology needed to travel to and explore this strange moon, what would it be like to stand on the surface of Titan? The exploring astronauts would not need special pressurized suits to stand on Titan as the surface pressure is about 60% greater than Earth’s, which would make it feel similar to being at the bottom of a swimming pool.

However, the astronauts would require a suit that would protect them from the extremely frigid temperatures which are about -179 degrees celsius or -290 degree Fahrenheit. They would also require oxygen masks to allow them to breath as the atmosphere on Titan is composed mainly of nitrogen and methane with small amounts of other carbon-rich compounds. The gravity on Titan is very low which is around 14% that of the Earth’s which means the astronauts would feel much lighter, much like standing on our own neighboring moon. 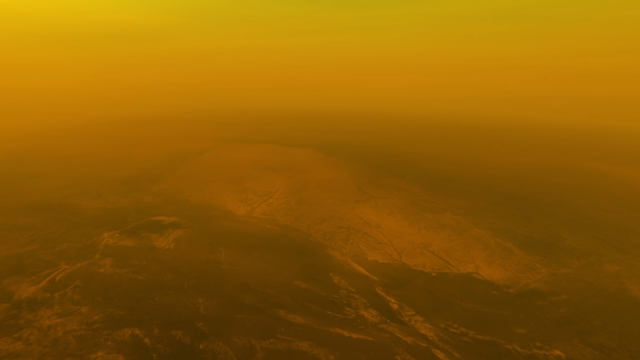 Looking across the surface of Titan, the astronauts would see a fairly flat landscape, that lacks huge craters or towering mountains, but instead, vast regions of tall dunes composed of hydrocarbon grains and rocks made of water ice would be seen spread far and wide, but the most interesting sight would be the flowing liquid methane and ethane rivers that have carved channels in the surface and lead to huge lakes with shorelines and islands visible in the distance. 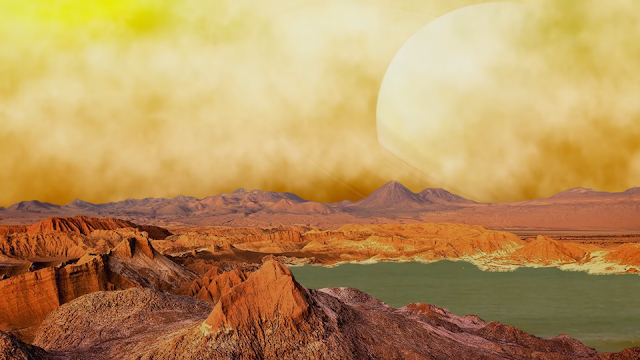 Looking up into the sky, the astronauts would see a thick covering of clouds, that would be a hazy orange color during the Titan day. If the landing site was on the side of Titan that permanently faces Saturn as the Titan is tidally locked with the gas giant, then the massive gas planet would be visible as a hazy blur behind the moon’s thick dense atmosphere.

Titan does not experience much when it comes to weather events, but occasionally the thick clouds would rumble like a thunderstorm here on Earth and the heavens would open allowing liquid methane to rain down on to the surface. So this strange alien planet-like moon has many interesting characteristics and also is one of the least hostile places for humans in the outer solar system making it a perfect destination for the future space exploring humans.