‘Corot-7B’ The Exoplanet That Rains Rocks

March 28, 2019March 3, 2021 admin
Spread across our vast Milky Way galaxy are the strange alien worlds that scientists are seeking out and discovering every day. But the exoplanet named Corot-7B is by far one of the strangest. On Earth, we have seen some weird things fall from the sky like blood-colored rain to tennis ball-sized hailstones, but on Corot-7B it rains magma and rock. This distant alien world is a colossal 489 light-years away from the Earth.

Astronomers suspect that the Corot-7B was originally a giant gas planet which was too close to its star and as a result it’s atmosphere evaporated until only rocky part of the planet was left. Gas giant exoplanets that lose their atmospheres are classified as Chthonian planets. However, Corot-7B’s past is still unknown meaning that it is still classed as a Super-Earth. But this distant world is a long way from resembling our home planet and instead, it is a planet from hell.

This strange exoplanet was the first rocky planet to be discovered outside of our solar system back in February 2009 by the Corot space telescope. A year on this nightmarish world only lasts 20.5 hours. This exoplanet is nearly twice the size of the Earth, about 5 times heavier and has a similar density. This alien world is definitely not a planet that humans would be standing on any time in the future as it orbits so close to its star that its surface offers hellish extremes. 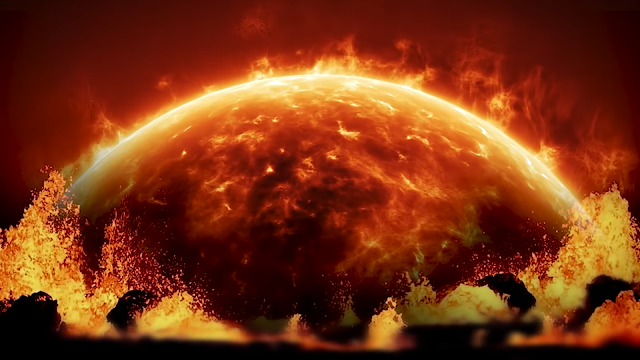 If we were able to stand on its surface, the star side would offer oceans of molten lava, cataclysmic volcanism and the planet’s host star dominating the sky as it slowly vaporizes the landscape. 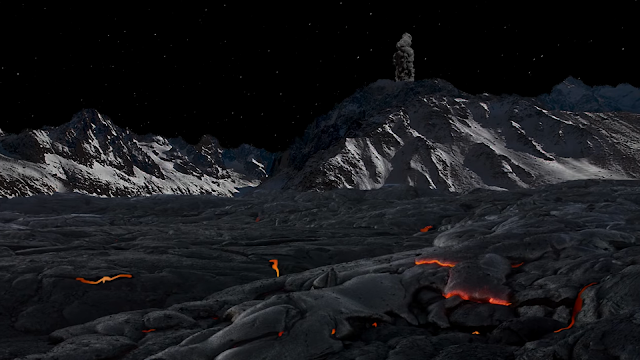 Whereas the dark side would be in the perpetual night time with mountains, deep valleys and occasional volcanic eruptions that launches molten materials into a freezing cold environment. This material then cools rapidly and falls back as volcanic snow.
The strangest feature of the Corot-7B is that its tenuous atmosphere is made of vaporized rock, because of how hot the star side becomes, any known rock would immediately sublimate changing from a solid to a gas and bypassing any liquid phase. Remarkably the atmosphere on this hellish world has weather just like we experience here on Earth but with one major difference which is instead of condensing water falling from the sky as rain, the atmosphere on Corot-7B occasionally condenses and falls out of the alien sky solid pebbles.