The First Ever Image Of A Real Black Hole 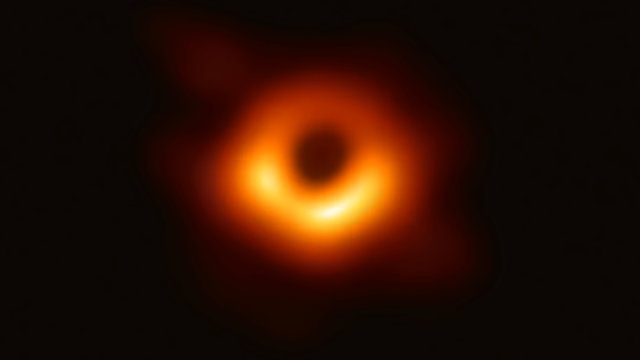 The image you can see above is the first ever image of a black hole which is released by the Event Horizon telescope on April 10th 2019. The image shows plasma orbiting the super-massive black hole at the center of the galaxy named M87, the bright region in the image shows the plasma is coming towards us and since it is travelling nearly with the speed of light it appears brighter when coming towards us and dimmer when going away and this is called Relativistic Beaming.

From the images scientists can tell that the plasma is orbiting clockwise and it takes around 2 days for the plasma to complete one orbit, here we are looking at the black hole using electromagnetic waves with the wavelength of 1.3 millimeters radio waves, this was the part of the spectrum used to make the image because it can show us the features close in to the event horizon and it can pass through the accretion disk of black hole and interstellar dust to reach our telescopes. The super-massive black hole in the galaxy M87 is very active which means that it is constantly feeding on lots of matter from it’s glowing hot accretion disk, but it also has narrow collimated jets above and below the black hole and are thought to be created by incredibly strong magnetic fields, the jets extend out at least 5000 light years and one of them appears to be pointing almost straight at the Earth. 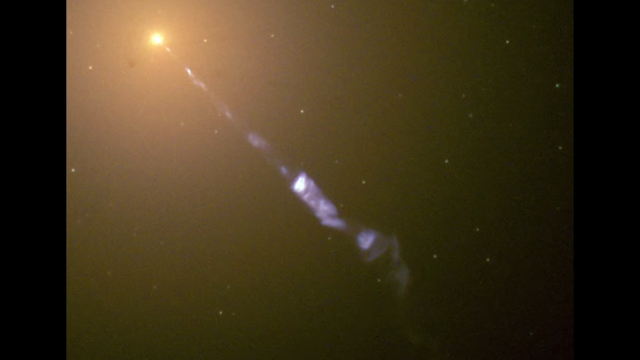 Relativistic Beaming is again the reason we can see the jet coming towards us but not the one going away as we can see in the above image. Most of the people would be having a question that why is the image so fuzzy? and the answer to it is, because it is so tiny, do not get us wrong, the black hole itself is huge in fact it comes under super-massive type and as measured from the picture this black hole has a mass 6.5 billion times that of our Sun, the actual size with shadow is nearly the size of our entire solar system but located 53.5 million light years away, it’s size from our perspective is only about 40 micro arc seconds that is the angle it makes with the sky. In fact even to get this sort of resolution we needed a telescope the size of the Earth but that being impractical the scientists used 8 telescopes spread across the globe, they all simultaneously observed into the galaxy M87 and as the Earth rotated that helped fill in the Earth sized telescope that they were trying to simulate. 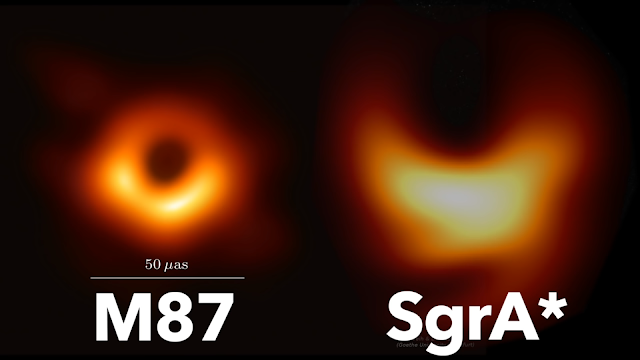 M87 was not the only black hole they looked at, they also observed the super-massive black hole at the center of our Milky Way galaxy which is Sagittarius A Star, it is much closer at around 26,000 light years away but also much smaller with a mass only 4 million times that of our Sun and is also less active and perhaps that is why the image of Sagittarius A is not as good as we can see in above image but it still shows the same black hole features confirming beyond a shadow of doubt that black holes do exist.