What If All The Black Holes In The Universe Disappeared? 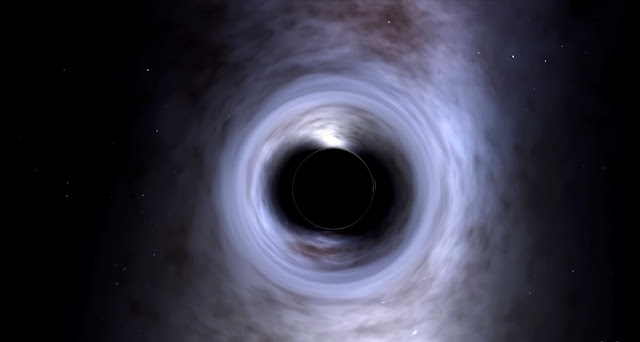 Black holes are the objects that contain an insane amount of mass in a relatively tiny space which gives it a gravity from which even light cannot escape meaning light enters into a black hole but never comes back and this is the reason why the black holes look black. Every galaxy even the tiny ones which orbit around the other larger galaxies have their own black holes around which stars, gas and everything orbits around, for example planet Earth orbits around Sun but the Sun orbits around the central black hole in our Milky Way galaxy along with other 200 billion stars, so then what would happen if black holes were to suddenly disappear around the whole universe? off course certain things will not happen but let’s speculate as to what could happen if they did disappear.

Even if every single black hole in the universe were to disappear, we humans would not be able to tell any difference at all and in fact we would only start to notice a very tiny difference after about 25,000 years and that difference would be that the central black hole would all of a sudden not be present in the center of our Milky Way galaxy which means that if all black holes disappeared we would not even know that at all at least not immediately.

Now the reason we will only notice the difference so late is because of the limited speed at which things can travel, the speed of light is 300,000 kilometers a second and it is the fastest achievable speed for anything in the whole universe, we simply cannot go past that speed and for that reason when we have a central black hole that is 25,000 light years away the light takes 25,000 years to reach us from that particular black hole and so we see it 25,000 years in the past.

So really if black holes did disappear we would only really see a difference after about a million years, by then things will be different, the gases around the Milky Way would be scattered all over the place so that the beautiful Milky Way path that we see today would not even be there, stars would start travelling into deep space into every direction scattered all over since they would not be orbiting anything, the collision between the stars would likely not occur as the stars are extremely far apart but what could happen is that one star could capture another with it’s gravity as it’s sort of moon, Earth in amidst of all this apparent chaos that would be going on in the sky would amazingly very likely be just fine nothing bad would happen at least it is not likely since distances between the stars and in general objects in the universe are incomprehensively large.

So the generations upon generations of humans would just watch as every galaxy very slowly starts to disappear, our neighboring galaxy Andromeda would start to dissolve after about 2 million years and we will get a very good look as slowly stars get scattered into every direction and start to travel into deep space. With billions of years passed Earth would be just in the middle of pretty much nothing, no stars would be visible in the night sky, the closest things other than the Sun and moon that we could see would be other galaxies which would be very far away and that is only again since the light has not reached us yet to show us the real picture, so the Earth with it’s Sun would be comfortably in the middle of absolutely nothing and any humans if alive would see only faint galaxies millions of light years away that are in the past from our perspective, so that is pretty much how things would be if black holes all of a sudden disappeared and as we can see if they did disappear, other things such as galaxies would be disappearing slowly but that would not pose an actual threat to us on Earth amazingly.