Within our solar system there are 8 planets, but could there have been another planet to add to our solar system’s group? which existed in between Mars and Jupiter which is the current location of Asteroid Belt? Scientists think that the planets form within the disc of remaining gas and dust swirling around a young star. Over millions of years, much of the leftover material, clusters together to become larger and larger until a planet eventually takes shape just like our own planet Earth did 4.5 billion years ago as the third planet from the Sun.

The Asteroid Belt in between Mars and Jupiter is a vast collection of rocks and ice that was leftover from our solar system’s formation. And early on, in this formation there may have been enough material in the main portion of the Asteroid Belt to create a planet 4 times the size of the Earth, so why did not all this space material collect and become the 5th planet from the Sun? Well, astronomers think that the early creation of Jupiter pretty much put a stop to the formation of a planet within this region.

Jupiter’s gravitational pull is so intense that asteroids would have been destabilized, they would have been thrown out of orbit and pushed inwards towards the Sun or outwards into the outer solar system. Whatever was leftover would have been slowly pulled together creating gaps in the belt called Kirkwood gaps and these prevent a planet from ever forming. So, because of Jupiter, asteroids collected into groups of debris rather than a single planetary body. But even if all of the rock and ice that currently makes up the Asteroid Belt suddenly grouped together in one single body, it is believed that it would only measure around 50% of our own moon’s mass which would make it a pretty small planet. 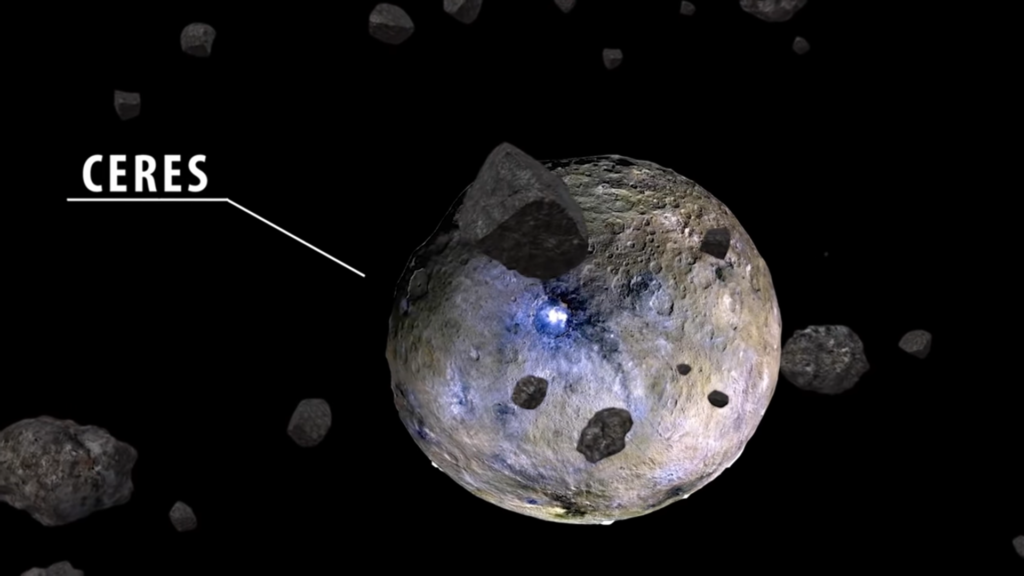 The Asteroid Belt is not just a pebble-sized rocks or floating boulders. However, within this mysterious belt lurks one slightly successful formation which is known as Ceres. The gravitational force of Ceres is not great enough to overpower other objects in its path as it orbits around the Sun, which means it is only classed a Dwarf Planet much like the downgraded Pluto.

Scientists believe that there could be hundreds of dwarf planets yet to be discovered and many of them within the Asteroid Belt. But unfortunately, none of them could be classed as the main planet. So if we want nine planets once more, we will just have to hope that the Caltech astronomer’s recently presented evidence of the elusive ice giant planet lurking in the outer solar system really does exist.