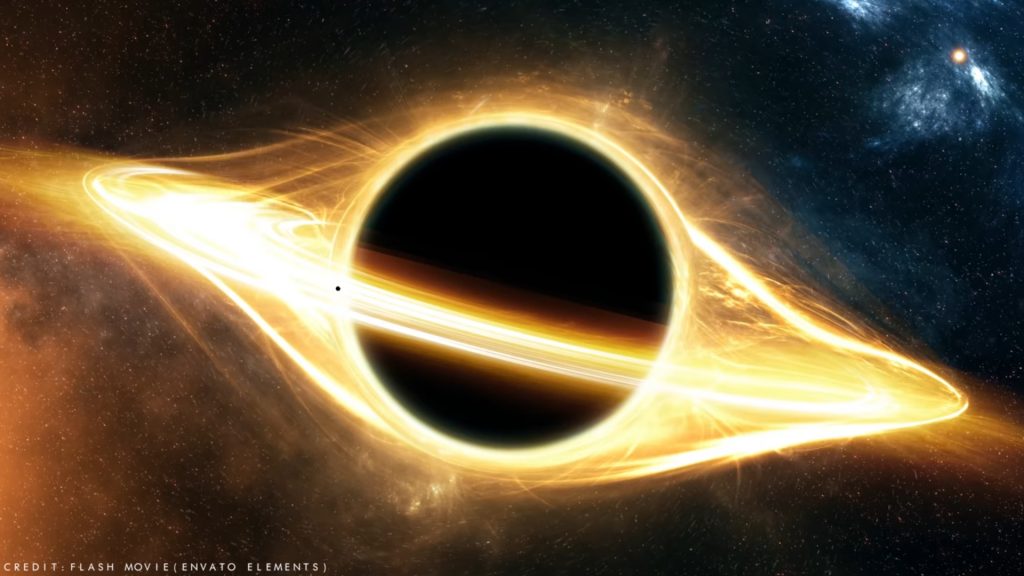 As the name suggests, ‘supermassive black holes’ are supermassive, they contain millions, if not billions of times more mass than our Sun and can grow to enormous sizes, some larger than our entire solar system. Astronomers believe that supermassive black holes lie at the centre of virtually all large galaxies, including our own, the Milky Way, and they have even been detected by observing their effects on nearby stars and gas. 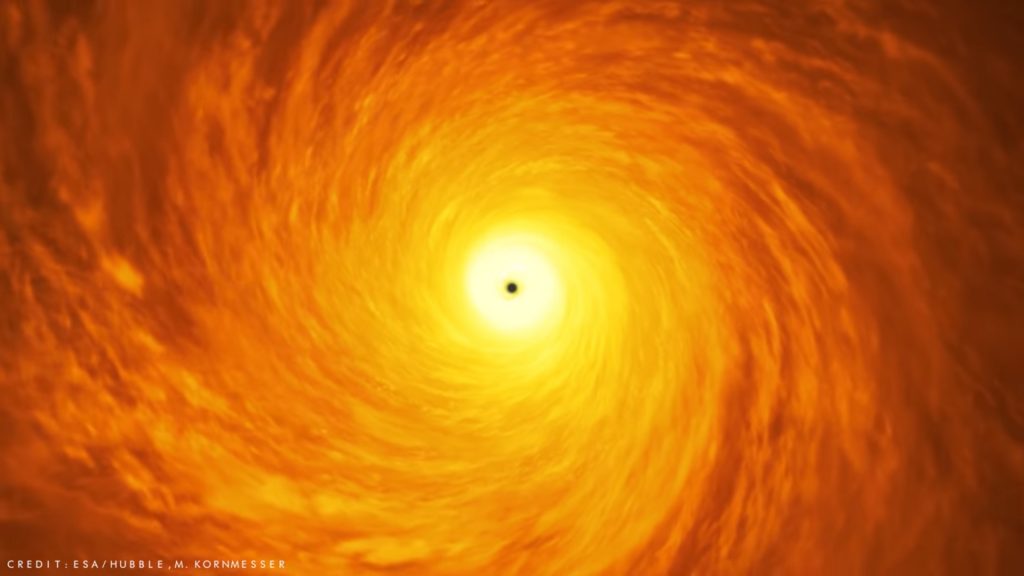 Although these cosmic monsters are surrounded by swirling material moving at incredible speeds, the majority of supermassive ‘black holes’ are thought to be resting objects, that do not move around. But when astronomers observed the dense heart of a Galaxy named J0437+2456, they discovered something unexpected. They observed a supermassive black hole on the move, and it’s moving very fast, at an estimated 110,000 mph which is 177,000 kilometres an hour.

The ‘supermassive black hole’ in question is roughly 3 million times heavier than our sun and is racing through the centre of the galaxy J0437+2456, which is located around 230 million light-years away. Scientists have long theorized that supermassive ‘black holes’ could move, but such movement is rare because their giant mass requires an equally enormous force to get them going.

Astronomer, Dominic Pesce, who led this study, used the example of kicking a bowling ball compared to a soccer ball. The heavy bowling ball would be considerably more difficult to kick into motion than a light soccer ball. And so this mysterious supermassive black hole must have something equally supermassive affecting it, in order for it to be hurtling around at more than 30 miles every second, which is 48 kilometres a second.

Currently, scientists are unsure of what is causing this colossal light devouring monster to move around so fast, but they do suspect the reason is one of two possibilities. The first possibility could be that scientists have observed the aftermath of two supermassive black holes merging together, causing a new, single black hole that is recoiling back and forth as it slowly settles down. The second, and more exciting possibility, is that scientists have identified a binary supermassive black hole system.

Binary system is a cosmic partnership, that is expected to exist throughout the universe in abundance, but so far has been difficult to find clear examples of. If this possibility is correct, then at the centre of this distant galaxy two gigantic black holes are battling it out as they spin around each other. One of which is currently hidden from our observations and could be even more massive than the other.

Researchers at the Harvard Smithsonian Centre for Astrophysics identified this wandering black hole during a 5 year study that compared the velocities of 10 distant galaxies and the supermassive black holes at their centre. They specifically studied black holes that contained water molecules within their accretion disks, which is the violently swirling spiral of material that surrounds them.

According to astronomers, as the water orbits the black hole, it produces a specific signal known as a water Maser. When studied with a combined network of radio antennas, water masers can help measure a black hole’s velocity very precisely, and it was by using this technique that helped determine that nine of the 10 supermassive black holes were at rest, but that one was on the move.

Although this gravitational giant is moving very fast, it’s not the fastest supermassive black hole that has been identified. However, because back in 2017 scientists announced that they had detected what they think is an object 1 billion times the mass of the sun, hurtling out of its Galaxy at an estimated speed of 5 million miles per hour, which is around 8 million kilometres an hour.

This supermassive black hole or Quasar as it is more accurately described, was likely propelled out of the centre of its galaxy by immense gravitational waves that were caused by the merging of two ancient black holes. An event that researchers estimate would have produced the equivalent energy of 100 million supernovas exploding at the same time.

Scientists will continue to study and observe this newly identified moving ‘supermassive black hole’. And hopefully in time, the mystery of why it is hurtling around the centre of its galaxy will be solved.