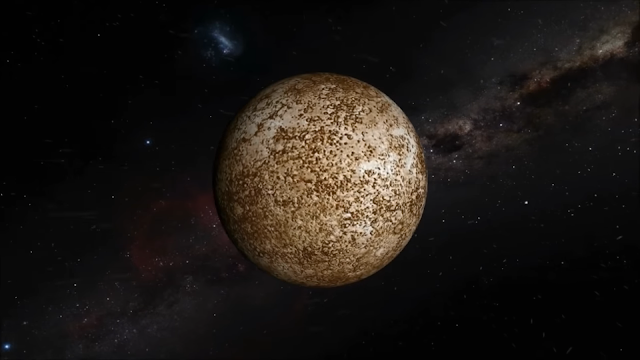 Mercury is the first planet from the Sun and is also the smallest planet in our Solar System. Interestingly Mercury is even smaller than some of the moons in our Solar System, it’s diameter currently measures 3032 miles or 4880 kilometers which is about the size of continental United States. Compared to other planets little is known about Mercury despite the fact that, it has been observed by humans for longer than 2000 years. 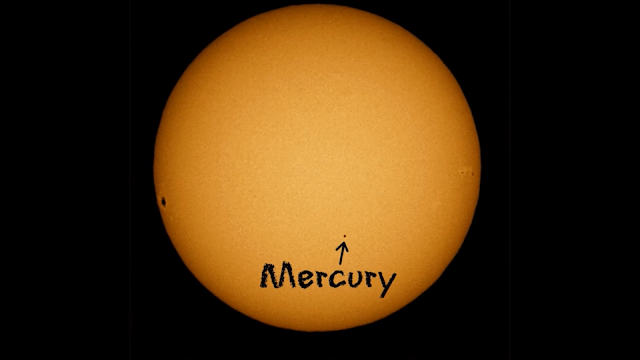 Because Mercury is so close to the Sun which is about 36 million miles (58 million kilometers) away it usually cannot be seen easily, the only time to see Mercury from earth with naked eyes is during twilight of sunrise or sunset. 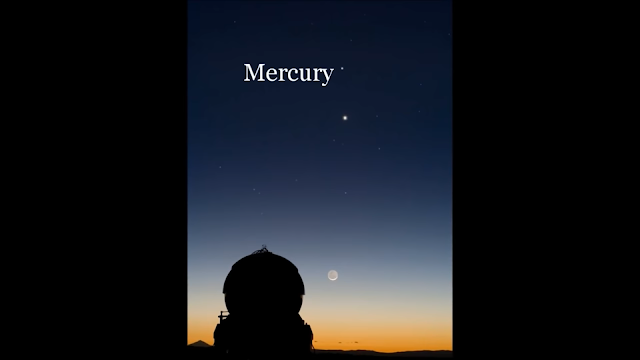 However, when Mercury can be seen it shines brightly. Mercury was named for the Roman messenger of the gods, often shown wearing wing sandals because of it’s great speed. Like the Roman Mercury planet Mercury is very fast when it comes to orbiting around the Sun. In fact Mercury has the shortest orbit of any planet in our Solar System. Mercury takes just 88 Earth days to orbit around the Sun. Although Mercury orbits the Sun much more quickly than the Earth, it takes much longer to rotate about it’s own axis. Earth takes 24 hours to rotate about it’s axis whereas Mercury takes 59 Earth days to rotate about it’s own axis. Although Mercury is the closest planet to the Sun, it is not the hottest, because it has almost no atmosphere the heat that comes to it from the Sun quickly escapes back into the space. The environment on Mercury is harsh, in the sunlight the temperatures reach as high as 427 degrees celsius and at nights temperatures fall as low as  minus 180 degrees celsius. 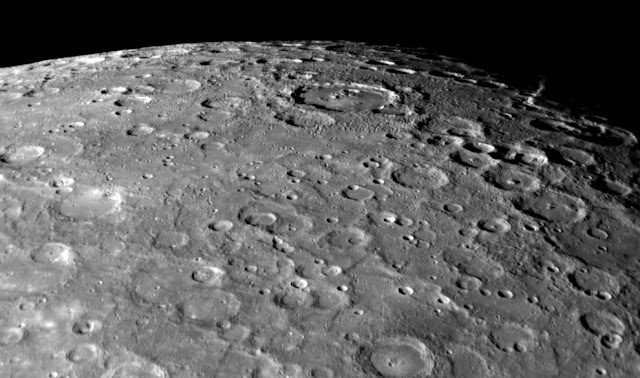 Like Earth Mercury is a terestrial planet with three main layers which are Core, Mantle and Crust. Only Mercury’s crust has no Tectonic plates, also it’s iron core is enormous compared to the Earth’s, making up 85% of it’s radius while Earth’s inner and outer core accounts for just 55%. Mercury has no moons of it’s own and interestingly in appearance Mercury closely resembles our moon. Two spacecrafts have visited Mercury, in 1975 Mariner 10 provided the first up close images of Mercury’s surface, mapping about 45% of the surface. In 2011 the Messenger mission allowed most of the remaining surface mapped. Although the surface of the Mercury is quite now, the Messenger spacecraft discovered evidence that Mercury once had active volcanos on it’s surface. Shield volcanos and ancient lava flows were revealed in the images that Messenger sent back to Earth. 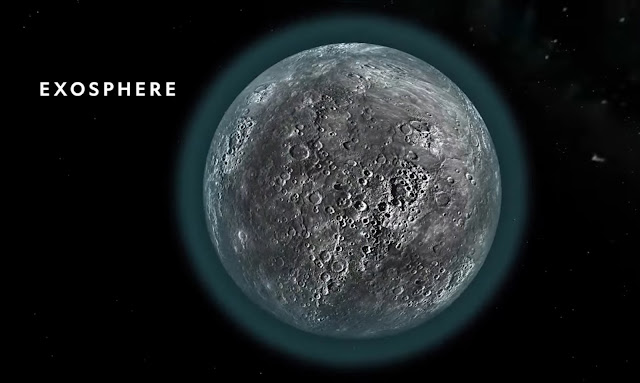 Talking about the Mercury’s atmosphere, it only has a very thin Exosphere which is traditionally the outermost layer of the planet’s atmosphere. This Exosphere is made of  oxygen, sodium, hydrogen, helium and potassium which are all whipped up from the planet’s surface by the Solar winds since it is the closest planet to the Sun. Scientists continue to study Mercury hoping to learn more about this small mysterious planet.