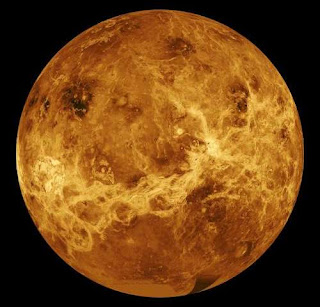 Venus is the second planet from the Sun at a distance of 67 million miles (108 million kilometers) and it takes 255 Earth days to orbit around the Sun. Venus is named after the ancient Roman goddess of beauty. Venus is known for it’s exceptional brightness in the night sky, but behind the beauty of this planet is the world of storms and infernos unlike anywhere else in our Solar System. 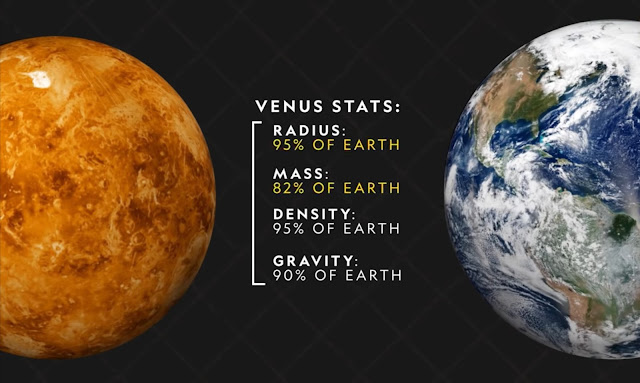 Venus is very similar to the Earth from the distance but up close it is a very different world. Venus is about the same size as Earth just slightly smaller, it’s structure is nearly identical with an iron core, hot mantle and a rocky crust. The crust of Venus however is filled with thousands of volcanos including Maxwell Montes, a volcano almost as tall as Mount Everest. 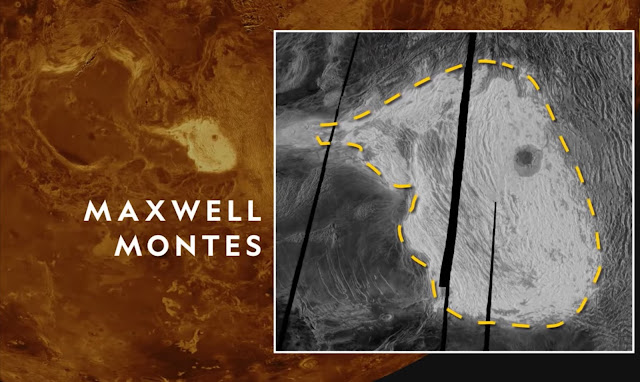 Venus also has a thick layered atmosphere, it is full of clouds that rains sulphuric acid and whip around the planet at the speeds upto 224 miles per hour, faster than some category 5 hurricanes. The Atmosphere is so thick that it creates a surface pressure similar to what it would be about half a mile deep in our Earth’s oceans, this pressure is heavy enough that a human standing on Venus’s surface would be crushed.

The atmosphere is made of greenhouse gases primarily carbon dioxide which create extreme case of Global Warming. These greenhouse gases trap the Sun’s heat causing surface temperatures to rise over 880 degrees fahrenheit (471 degrees celsius) making Venus the hottest planet in the Solar System.

Venus is so inhospitable that neither humans nor spacecrafts are able to survive the planet’s surface but some scientists speculate that Venus was not always so unwelcoming, from roughly 2.9 billion to 715 million years ago global temperatures on Venus may have been just a few degrees cooler than the Earth’s are today and the scientists theorise that the surface may have contain shallow oceans that could have held enough water to support life.

Today life may still exist in Venus’s atmosphere, about 30 miles up in Venus’s clouds where the temperatures and pressure are similar to those on surface of Earth. Scientists have observed strange dark streaks that appear to be absorbing ultraviolet radiation, a phenomenon that could be evidence of Microbial life. Life may struggle to survive in the atmosphere of Venus but it is this unforgiving environment that made Venus an icon of beauty, it reflects 70% of all the sunlight that reaches the planet and which is why Venus shines more brightly than any other planet or star in the night sky, the only thing brighter is our own moon.