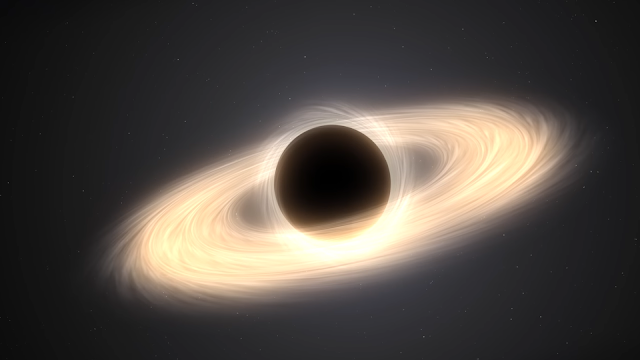 The Milky Way is a spiral galaxy made of hundreds of billions of stars and planets and also this galaxy is a home to our own solar system which is located in the Orion Spur region of the galaxy. The Milky Way galaxy measures a mind boggling 120,000 light years across and is estimated to be about 13.6 billion years old, the galactic center can be found in the constellation Sagittarius and like any other large galaxies in the universe the Milky Way galaxy too harbors a cosmic terror at it’s heart which is a super massive black hole.

Black holes are cosmic objects that are extremely dense and exhibit immense gravitational forces, they are formed as a result of matter collapsing in on itself, creating regions with huge amounts of mass concentrated into an incredibly small area. The gravitational pull of a black hole is so strong that nothing can escape it not even light once the event horizon has been crossed, currently there are three different types of black holes namely The Stellar Mass which are the smallest, The Intermediate Mass which are somewhere in the middle and the third which is the largest The Super-massive. A Super-massive black hole contains between a million and billion times more mass than a typical Stellar Mass black hole and can be found at the center of large galaxies. 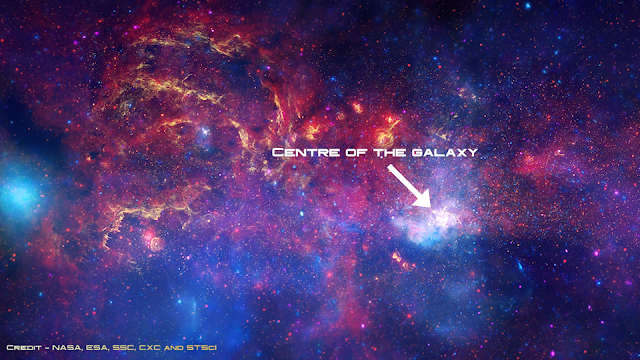 The Super-massive black hole that lurks within our own Milky Way galaxy’s center has been named Sagittarius A and has been estimated to be roughly 4.1 million times as massive as the Sun, normally the region from which the Sagittarius A exists is shrouded by clouds of gas and dust making the area invisible from Earth, but recently scientists working with a new radio telescope called Meerkat released image which is described as the clearest view yet, although the Super-massive black hole cannot actually be seen due to the fact that even light cannot escape it’s gravitational pull, the area around it can be seen, this is because the Meerkat telescope can pickup radio frequencies which penetrate the dust and clouds that exist within the Milky Way galaxy’s heart revealing the terrifying but magnificent image of our galaxy’s Super-massive black hole. 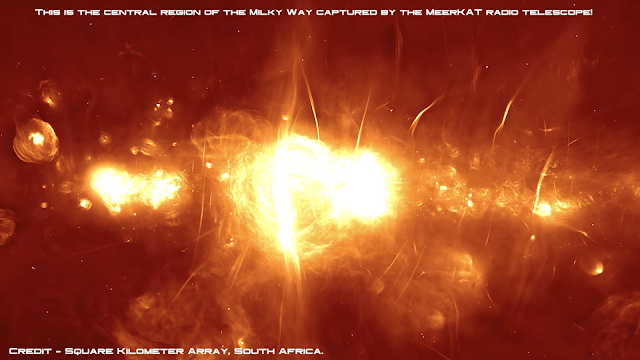 It is pretty incredible to think that there is a massive black hole lurking within the core of our Milky Way but compared to other galaxies the Sagittarius A black hole is very small, much larger black holes have been discovered some of which contain tens of billions more mass than our Sun, although scientists are constantly studying black holes but it is currently still a mystery that how they can become so large, hopefully one day that mystery will be solved.