What Would It Be Like To Stand On An Hypothetical Planet Nine? 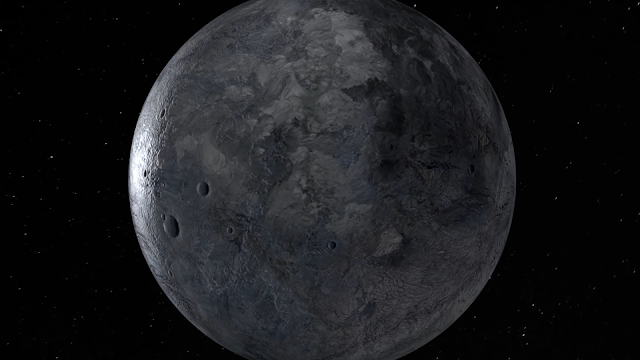 Deep in the outer reaches of solar system could be lurking the hypothetical Planet Nine, scientists do not think that this mysterious world is made of rock as the early inner solar system did not have enough material during it’s formation to form such a giant rocky world that may have been ejected into the outer zones, so could it instead be a world made of ice? may be a massive version of Pluto. If planet Nine is made of ice, it would be the biggest object ever formed in the Kuiper Belt region, potentially about 10 times the mass of Earth.

So if this illusive world does exist and we have the technology to travel to and explore it’s surface, what would it be like to stand on an icy Planet Nine? Much like on a rocky Planet Nine the brave exploring astronauts would have to wear special spacesuits as this strange world travels as far out as 1200 AU (Astronomical Units) from the Sun making the Planet Nine one of the most frigid places in the solar system, possibly colder than -226 degree celsius or -375 degree fahrenheit, their suits would also have to protect the astronauts from the planet’s intense gravity that could be many times that of Earth’s. 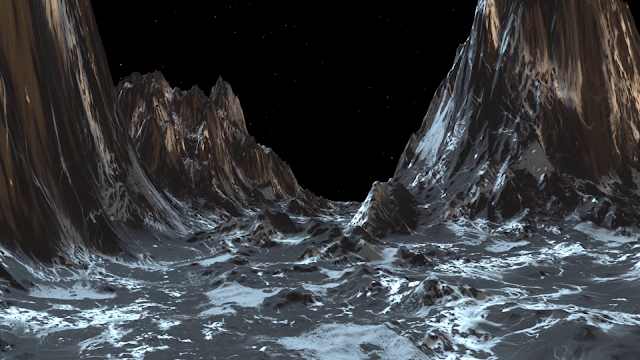 Looking across this icy Planet Nine the explorers might observe the exotic ice mountains and sharp ridges towering in the distance, they might see valleys and smooth regions with ice flows both into and out of the ancient basins, the mysterious landscapes would look like a rock but that would be actually water ice that is frozen harder than a rock.

Because Planet Nine orbits so far from the Sun the distant galactic explosions that cause cosmic rays and stellar winds would crash into the strange world potentially causing the formation of complex molecules on it’s icy surface, these may include organic Tholins that causes rich colors such as deep orange, earthy browns and possibly deep blood red similar to what can be found on the surface of Pluto.

Due to Planet Nine’s colossal mass, heat would generate deep under it’s surface causing water ice to spew out of volcanos, the brave astronauts standing on this icy world might see hundreds of these eruptions far into the distance causing snow to fall from the sky as water ice freezes in the coldness of space and settles back down on the surface.

Standing on an icy Planet Nine would be a truly magnificent experience but scientists are unsure whether such a giant world could exist the Kuiper Belt region as the every object that has ever been discovered there so far are icy small bodies, probably because there was not enough material left over in the outer reaches of the solar system that could form large planets such as this hypothetical Planet Nine, so if science suggests that the Planet Nine could not have formed in the rocky inner solar system and also that it could not have formed in the icy outer regions then where might it have came from if it really does exist? could it be a rogue planet that once orbited another star or could it actually be the fifth giant gas planet in our solar system? or could there be no such Planet Nine thing lurking in the outer solar system at all?  hope we will get the answers to these questions in the near future.