What Would It Be Like To Stand On Neptune’s Moon Triton? 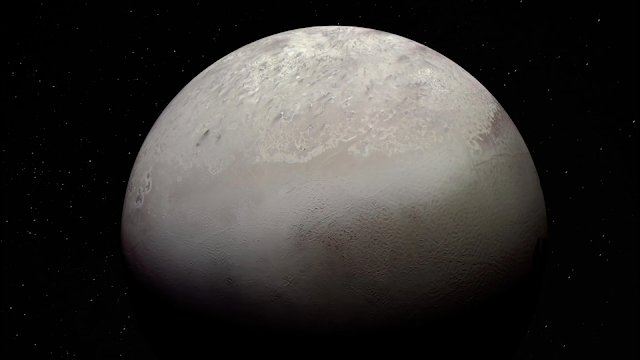 2.8 billion miles or 4.5 billion kilometers from the Sun, hidden in the darkness of space, lurks the mysterious moon Triton. This strange natural satellite is the largest of 14 known moons that orbit the mighty blue gas planet Neptune, but Triton is unlike any other large moons in our solar system as it orbits it’s planet in the opposite direction and this means the curious moon must have been captured from elsewhere in the solar system by the Neptune’s gravitational pull.

It is believed that Triton may have originally existed in the Kuiper Belt region as a dwarf planet as it shares similar compositions to Pluto but where this moon actually came from is still a mystery, so if one day in the future we have developed the technology that would allow human beings to travel and land on this strange moon, what would it be like to stand on Triton?

Our brave space explorers would experience frigid conditions as Triton is considered the coldest known object in the solar system and has an average temperature of -235 degree celsius or -391 degree fahrenheit, Triton has extremely thin atmosphere which is made up of mainly nitrogen with trace amounts of other gases that are thought to have resulted from the evaporation of ices on it’s surface and this means the explorers would require advanced equipment to allow them to survive the blistering cold and lack of breathable oxygen but they would enjoy the very low gravity which would be half as much as our own moon’s gravity. 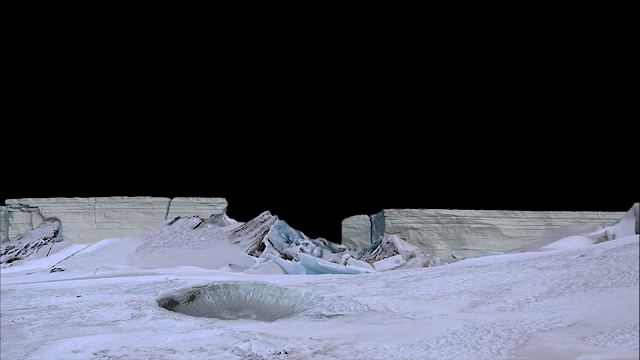 Looking across the surface they would see a fairly flat landscape that is mostly made of frozen nitrogen, parts of the strange alien environments might also be visible with a slight reddish tint which is a result of methane ice turning to carbon due to the exposure of ultraviolet radiation, in the distance ridges and icy plains might be seen with a few impact crators scattered across it’s frozen surface, because Triton is geologically active the explorers may have to avoid the cryovolcanic eruptions that might burst out of the icy crust and spit nitrogen gas or liquid 5 miles above the surface.
Looking up into the sky the explorers would see only darkness with a subtle light of distant stars glowing away like pinholes in the blanket of space, but if the explorers had landed on the side of the Triton that was always facing Neptune, they would have the privilege of seeing the mighty planet in all it’s glory as the gas planet would look 10 times larger than our own moon does on Earth. So far the observation of Triton has been limited to Earth bound instruments and one visit from the Voyager 2 flyby back in 1989, but one day we will go back to the Neptunian system and explore this strange captive world that still holds many mysteries.