What Would It Be Like To Stand On Planet Mercury? 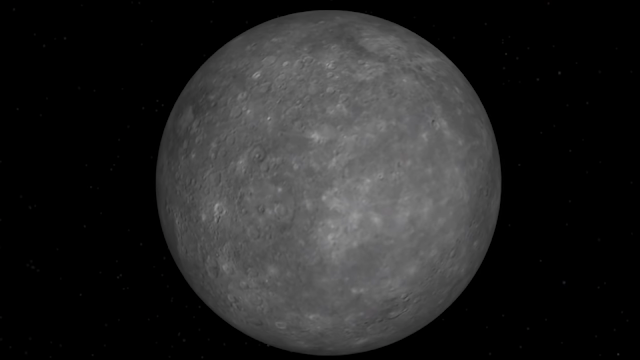 Living on planet Mercury would be a very difficult task for mankind, Mercury is a closest planet to the Sun in our solar system at a distance of just 36 million miles or 58 million kilometers away from the sun and it experiences extreme fluctuations in temperatures with absolutely no atmosphere. When imagining Mercury, most people think of it as a red hot burning ball of rock perhaps because of it’s extreme proximity to the Sun which is quite understandable but in reality Mercury is much more grey and moon like. It is a mysteriously complex planet but if we had technology to survive on the surface of Mercury what would it be like? Well firstly we would have to deal with the severe temperature changes, throughout the day the temperatures on the planet reach up to 800 degree fahrenheit or 426 degree celsius and throughout the night the temperatures on the planet fall down to as low as -290 degree fahrenheit or -180 degree celsius.

If we could somehow survive the blistering heat throughout the day and look up into the sky we would see an absolutely enormous Sun which would be 2.5 times larger than it appears here from the Earth’s surface. We would have plenty of time to enjoy with the sunlight as on Mercury one day lasts almost 59 Earth days because of how slow Mercury rotates about it’s own axis, however the sky from the Mercury would not appear beautiful blue as it does from our home planet Earth and that is because Mercury has virtually no atmosphere to scatter the sunlight which means that we would be able to see the stars in the sky even during the daytime.
The surface on Mercury would feel calm as without atmosphere there would be no wind whatsoever, but we would be able to see the violent history of the Mercury by looking at the scars on the surface, Mercury’s surface is filled with crators and basins of all the sizes. Mercury is the smallest planet in our solar system and has about 38% the gravity of the Earth which means that we could jump 3 times as high as we can here on Earth. Over many years we have been sending probes into space with the intention of learning more about our planetary neighbors but Mercury is the least explored and this is probably because it is generally less likely to contain evidence of life or even allow us to colonize it’s surface one day in the future, but with all it’s extreme characteristics Mercury is definitely one of our solar system’s interesting members.