What Would It Be Like To Stand On Planet Venus? 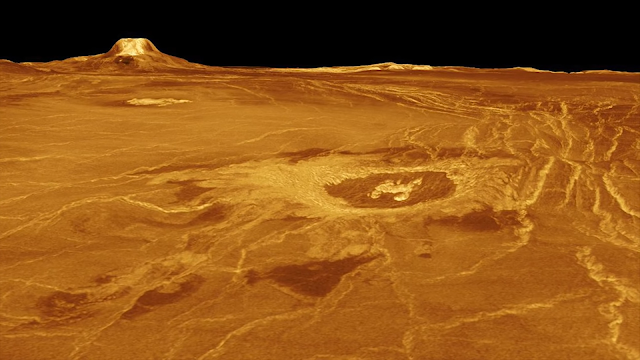 Venus is often called as Earth’s twin sister as they are both of similar size, mass, gravity and composition, however this is where similarities end as Venus is no place for life as we know it and the idea of humans walking on it’s surface one day is far beyond our current technological capabilities, but if we could manage to create a suit of some sort that would allow us to stand on the surface of Venus, what would it be like?

Well standing on the Venus’s surface would mean that we would get to experience it’s scorching heat because Venus suffers from the runaway greenhouse effect which means it’s atmosphere is made of 95% carbon dioxide and this thick layer of carbon dioxide traps planet’s heat energy as well as the heat coming from the Sun which results in a blistering surface temperature of over 464 degree celsius or 867 degree fahrenheit. 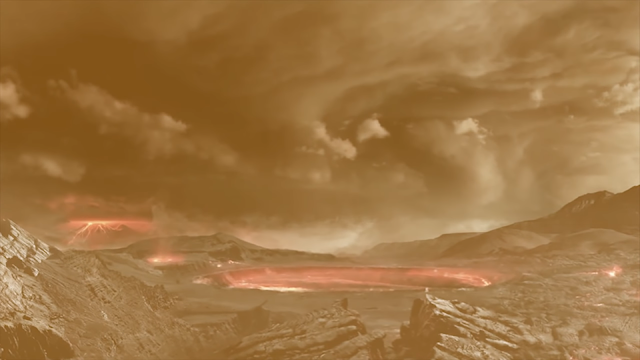 The planet’s dense atmosphere is so thick that moving on the surface would almost feel like we are under water and without special protection we would be crushed immediately by the planet’s immense surface pressure which is 90 times greater than that on Earth. Looking across the planet we would not see much as the thick hazy atmosphere would hide it’s barren landscapes but beneath the clouds there would be huge impact crators, massive volcanic plains and ancient lava flows. 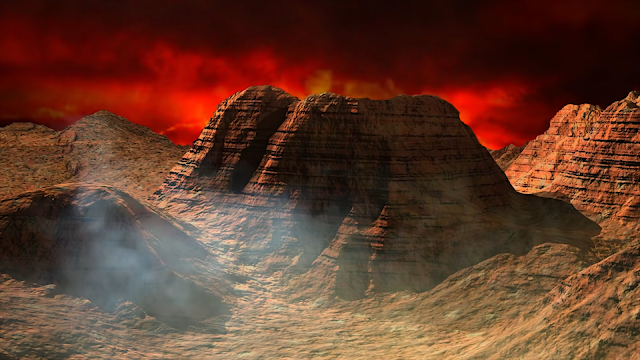 If we look up into the sky on Venus, we would see a reddish orange color as the carbon dioxide scatters the sunlight, within the dense clouds above us we may even observe lightning of thunder crackling with sulfuric acid raining down from the upper atmosphere but interestingly it would not land on us as the roasting heat would evaporate the droplets of sulfuric acid around 16 miles above the planet’s surface. 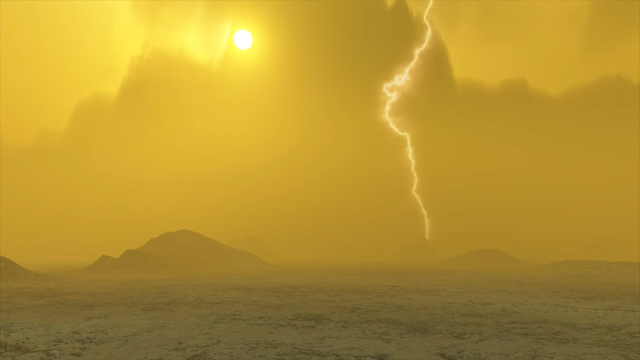 If we look at the Sun, it would look blurred as it is hidden behind the hot clouds and if we manage to survive into night time, the sky would be covered with just a blanket of darkness such that we cannot even see a single star. On Venus one day lasts 5832 hours compared to 24 hours on Earth so we may have a long wait until we see the sunrise again, but if we did manage to get through the long dark night we would finally be able to witness the blurry appearance of the Sun once more but it would rise from the west and set in the east as the planet rotate backwards compared to rest of the planets in the solar system.

So standing on Venus without some sort of special suit would be impossible and extremely unpleasant but scientists do believe that one day we may be able to colonize the scorching planet by using floating colonies in the upper atmosphere, however currently Venus is an uninhabitable hellish planet but by studying it’s past we may be able to see the Earth’s future which makes the Venus very important planet for humans.