What Would It Be Like To Stand On Planet Mars? 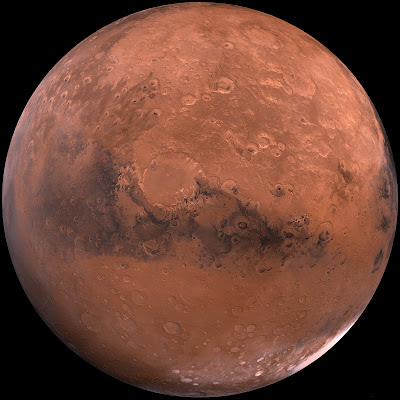 142 million miles or 228 million kilometers from the Sun we can find the Red Planet Mars, scientists are currently trying to develop the technology that would one day allow us colonize the martian world, as it well may be the future for human beings as we expand across the solar system and beyond. The great age of the martian is currently just an idea as the only things inhabiting it’s surface at the moment are the robots that we have sent to study the dead planet, however NASA has set a goal of getting humans to Mars within 2030’s so when that first and ultimately world famous astronauts take the first steps on the Red Planet, what would it be like? 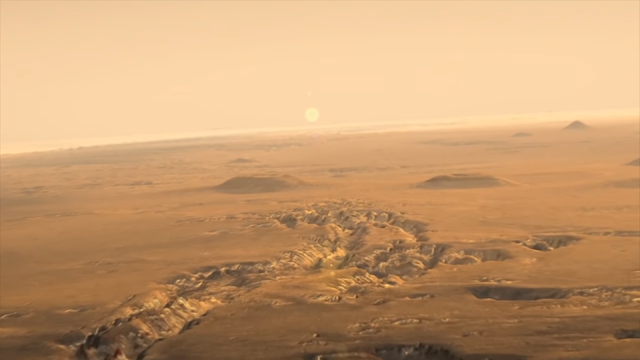 The astronauts would see nothing but a dry and barren landscape which would slightly resemble some of the deserts seen here on Earth but martian desert would look red due to a fine layer of iron oxide dust that blankets the surface of the planet.

Depending on where the landing site was, the astronauts might see giant canyons, dry lake beds, ancient crators and huge shield volcanos like Olympus Mons which is the largest of it’s kind within our entire solar system, however these lonely alien landscapes might not be visible as Mars can experience intense storms that can kick up dust 25 miles into the air and can be big enough to cover the entire planet. The astronauts would feel cold as the average temperature of Mars is a frigid -63 degree celsius or -81 degree fahrenheit, but it can fluctuate to a warming 26 degree celsius along the equator during the martian midday summer.

Looking up into the sky the astronauts would see clouds floating through with the martian atmosphere and because of the extra distance the Sun would look smaller than it does here on Earth and during night time the two moons of Mars namely Phobos and Deimos would be visible shining between the stars. The astronauts would feel much lighter as the gravity on Mars is 62% lower than it is here on Earth, a 100 kg person on our planet would weigh only 38 kgs on the Mars.

To explore the martian surface the astronauts have to be fully equipped with a special suit as the martian atmosphere is made up of a deadly 95% carbon dioxide, the planet’s atmosphere is also less than 1% of Earth’s so the Sun’s deadly radiation bombards the unforgiving martian planet. Evidence has been discovered that suggests Mars was not always barren, billions of years ago there may have been small oceans along with rivers flowing across the red planet’s surface, however that once flowing water has mostly disappeared due to the martian atmosphere being swept away by the solar winds. One day in the far future with our intervention Mars could potentially be the next Earth and the martian people will truly know what it feels like to stand on Mars.