How Would Be The Future Collision Of Milky Way And Andromeda Galaxies? 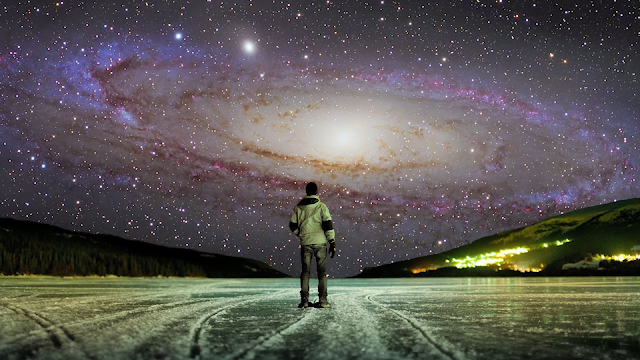 The Milky Way galaxy which is a home to our solar system is sure to bring us some incredible events to see in the future, but the most spectacular event of them all would be the one where the Milky Way galaxy would collide with the neighboring Andromeda galaxy billions of years from now. Unfortunately this galactic ceremony will happen when the Earth’s surface has likely been scorched by the increased luminosity of the Sun, bombarding our planet with solar radiation and making the Earth uninhabitable, but hopefully by then human beings would have spread across the galaxy, colonizing the new planets ensuring the survival of our species.

If this is the case then these future beings will experience one of the greatest natural shows that night sky will offer which would be the creation of ‘Milkomeda Galaxy’. Because of the expansion of the universe everything is racing away from us but the Andromeda galaxy which is also known as M31 is speeding towards us at around 250,000 miles per hour and this is because both galaxies are gravitationally bound in the local group. However, Andromeda galaxy is 2.5 million light years away which means it will not reach us until around 4 billion years from now, but when this incredible celestial event finally does happen the two galaxies will collide head-on, merging together for over millions of years and eventually becoming one massive elliptical galaxy which would be called the Milkomeda galaxy.

On Earth, away from light pollution and on a moonless night the Andromeda galaxy can at certain times of the year be clearly seen in the night sky with only naked eyes, but in 3.75 billion years from now, just before the clash of the two galaxies and if the Earth is still habitable, the Andromeda galaxy would be visible in all it’s glory as it consumes the night sky. For millions of years after this point, the sky would be filled with the magnificent sight of the new and older stars as the two galaxies continue to come together and fly apart.

Eventually after billions of years of galactic carnage both Andromeda and Milky Way galaxy’s super-massive black holes would merge together causing the formation of one giant red elliptical galaxy. The night sky would be light up by the newly formed Milkomeda galaxy’s bright core and hundreds of billions of star would glisten around it’s edge, although the merging of galaxies might seem like a world ending experience, scientists think that it would be very unlikely for stars and planets to collide and this is because of the enormous distances in between the stars and during a collision like our future one, the stars would pass right between each other making the probabilities of stellar collisions very small. 4 billion years from now, Earth will more than likely be uninhabitable and humans will either be long gone or living on a new planet or even some moon.