How Many Oceans Are In The Solar System? 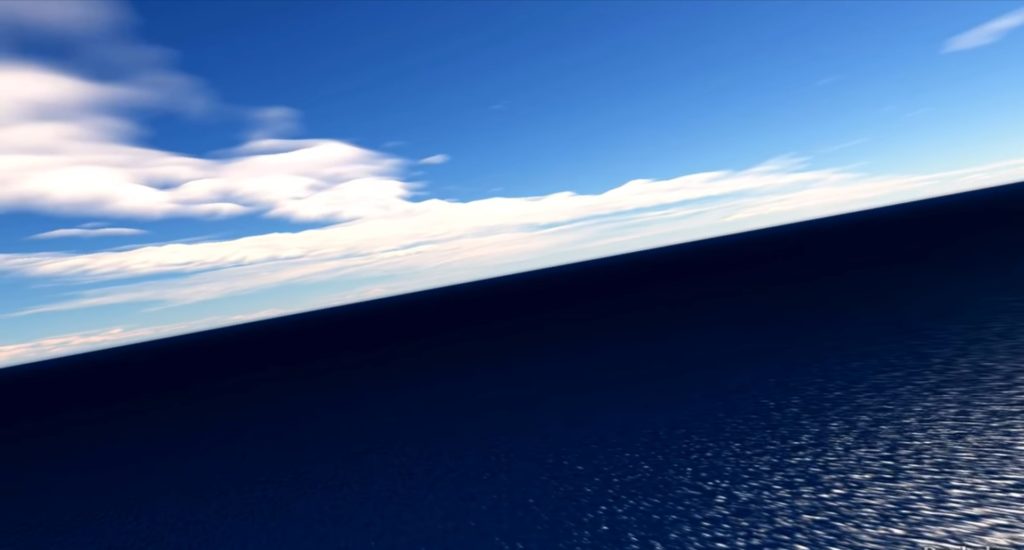 At first, long time ago we humans thought that there was not much water in the space, but as the time passed and new discoveries were made we were pleasantly surprised to know that water is present on almost every celestial body in the space even though it may not be present in the liquid form at some places. Now huge oceans not only mean that colonization of space would be a lot easier since oceans are everywhere, it would also be a potential place for alien life forms to evolve which is pretty exciting.

Water is probably one of the few good indicators of whether or not life could exist somewhere and that is because water is very good when it comes to storing energy and it exists as a liquid over a large temperature range which makes it ideal for life and beside that it consists of two very common elements making it appear almost everywhere.

So, how many oceans are there in our solar system? the short answer to this question is 9 or less, but it is important to know that unlike on Earth, these oceans are not on the surface, they are all subsurface oceans and the objects on which these oceans exist are all moons and not planets, also there are a lot of geological clues that indicate that Venus and Mars had oceans in the past on the surface but that was far back in the past.

The ocean we are pretty much sure exist right now is on Europa which is a moon of Jupiter, this moon is spewing water constantly and it is spewing it up to 200 kilometers in height which is 20 times the height of mount Everest. Despite the fact that Europa is far away from the Sun, the ocean exist in liquid form and that is because of the fact that through tidal forces other moons of Jupiter are heating up Europa and causing it to be geologically active.

Ocean of Europa is covered with 20 kilometer ice crust and should be around 100 kilometers deep which is 9 times deeper than the deepest part of our ocean on Earth, it is one of the most promising worlds for alien life to exist and off course we are not thinking of anything too complex life forms but there is a high chance that something like single cell organisms exist there. Other two moons of Jupiter which are likely to have oceans are Callisto and Ganymede, these are two huge moons as big as planet Mercury and the flexibility of their surface indicates that there is something liquid exist underneath the surface which is most likely a water ocean.

Another place in our solar system where the ocean exist is Enceladus which is a moon of Saturn, it is a very tiny moon with a surface area similar to that of Chile, this tiny moon is constantly spewing water into the space in fact it is losing around 200 kilograms a second and due to it’s flexibility and water it is kind of obvious that there is an ocean underneath the crust and through the inspection of water that was spewed we know that it has a variety of molecules in it which indicates a good chance of life existing.

Other Saturn’s moon Mimas which is the smallest spherical object in the solar system also likely has an ocean but clearly it is not as good for life because it is not as active as Enceladus’s ocean. The next one is pretty crazy and it is on Saturn’s another moon which is Titan, under it’s very interesting surface which is very lively on it’s own with lakes and rivers of methane and ethane under all of that at approximately 50 kilometers under the surface there is a good chance that there is something liquid and the density indicates that it is most likely salty water that is because Titan was shown to be very flexible, we do not know how big this ocean really is but there is a chance that the ocean could extend from 50 kilometers below the surface all the way down to the core of the planet which could make it by far the largest ocean in the solar system.

All of these objects we are pretty much sure that they have an ocean but for the next 3 objects it is just possibility so the first one is Ceres which is actually a dwarf planet that lurks between Mars and Jupiter, it has lots of interesting mysteries going on on it’s own and the reason why we think it may have ocean somewhere underneath is because quarter of the dwarf planet consists of water ice the density can tell us that, the thing is some of that water may be liquid. Another object is Triton which is largest moon of Neptune and is in many ways similar to Pluto, it has lots of geysers which spew lots of dust but none of it is water, it is possible that there may be some sort of liquid underneath all that surface deep down because there is enough tidal heating to support liquid water.

The last one is Pluto, it’s surface is mostly nitrogenised with some mountains consisting of water ice but that is just a surface, the density tells us that there is a water layer underneath all that we just do not know in which state that water is, so these are pretty much all the possible oceans in our solar system.