What Would Happen If The Moon Was Destroyed? 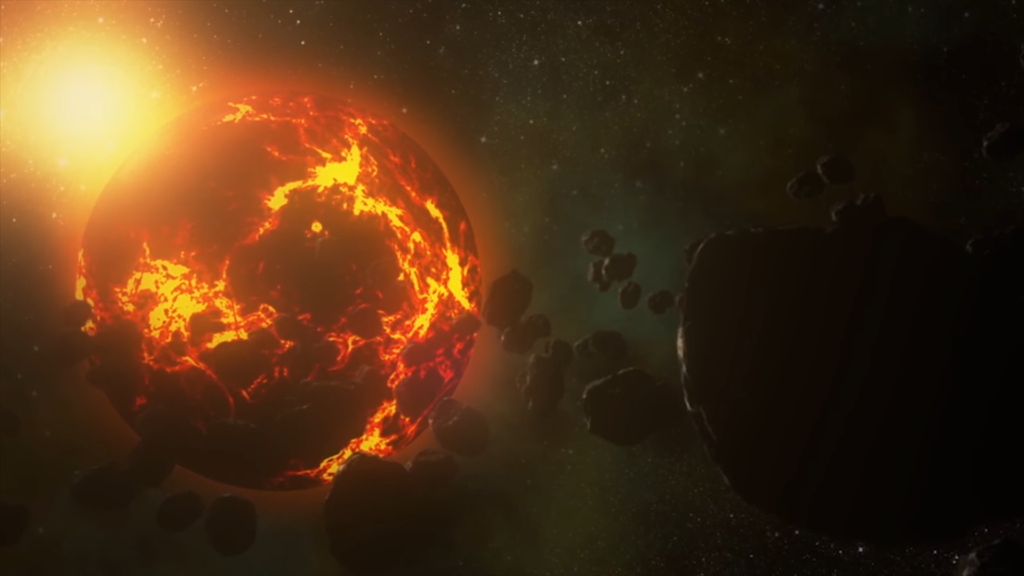 According to some reports during the Cold War in 1957 a secret project to detonate a nuclear bomb on the moon’s surface had been planned, but it was never executed by the United States. According to the reports, the idea was, detonating the bomb on the moon’s surface would cause a flash and mushroom cloud that might be seen from the Earth and potentially intimating Soviet Union. For obvious reasons this plan known as A119 never happened, but if it had happened by any chance then it is predicted that one nuke would probably have done very little damage to the moon’s surface other than creating a new crater.

In order to completely obliterate the moon we would require an unbelievable amount of energy and currently there are 9 countries that possess around 15,000 nuclear weapons. However, to destroy the moon, it is estimated that more than 600 billion of biggest nukes ever detonated which are Russian Tsar Bomba would be required. But even if this amount of fire power was available, we would still need to tunnel through the moon and distribute the bombs evenly within the natural satellite of Earth, which would be extremely difficult and would take a very long time.

So, if we did have this kind of nuclear power and buried each one of the life destroying bombs in the moon, what would happen after we pushed the red button and destroyed it? Well, if the nukes caused the moon to split into several large fragments, then the different parts would likely rejoin over time and form a new misshapen, ugly moon. However if the nukes completely obliterated the moon, it would be devastating for the life on Earth.

First, a large number of moon debris would head towards the Earth, raining molten rock down onto the surface, destroying everything that it came in contact with, killing millions upon millions of people and animals across the planet Earth. This literally would feel like hell on Earth and could last for thousands of years, possibly causing a planet wide extinction event. During this fiery nightmare, the remaining moon material collects and orbits around Earth, forming a ring. Periodically moon rocks from the ring would break free and crash down to our planet’s surface, causing constant bombardment.

Even if the resistant life on Earth managed to survive all of that, our planet would not be the same ever again, it would be changed forever. The Earth would no longer have the gravitational attraction from the moon that cause lunar tides in our planet’s oceans which helps in circulating the nutrients for most of the sea life to survive, the Earth’s rotation would be drastically changed which would cause the planet to destabilize and wobble making our seasons unpredictable which would result in further extinction of many more species. So, if the moon was destroyed it would be a world wide disaster, but at least we know it is pretty unlikely that mankind would cause that kind of devastation on our moon, no matter how powerful we think we are.