What Would It Be Like To Swim In An Oceanic Exoplanet? 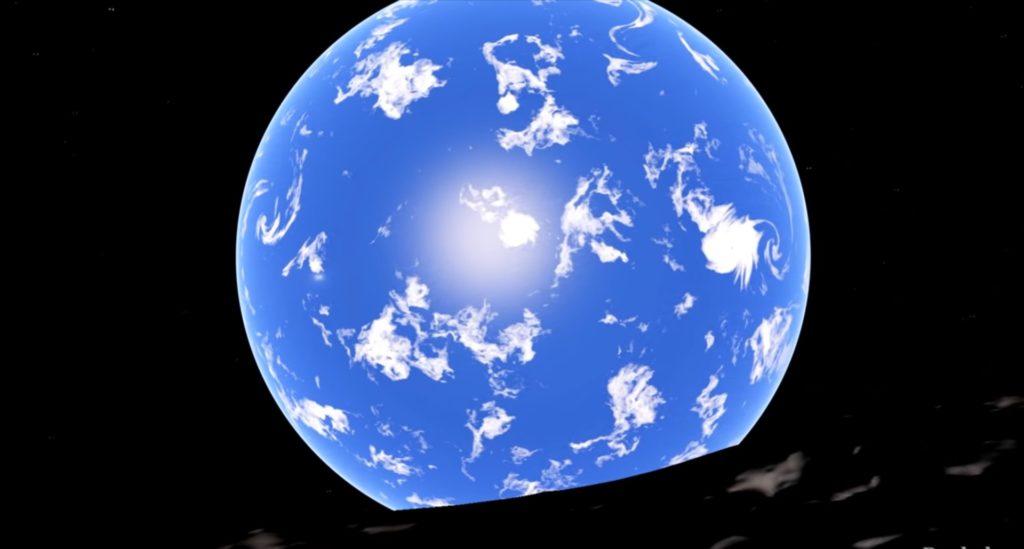 Before we look at them it is important to know that these are rough estimates and they may not be fully oceanic but through using the data that we know such as, if the planet is in the habitable zone or if it has the right mass, we also know that water is one of the most common molecules in the universe and so it appears everywhere, like a lot of moons in our solar system have oceans beneath them, so there are high possibilities of exoplanets that are outside of our solar system having oceans of water beneath or on the surface and including other small factors we can roughly estimate if they have oceans. 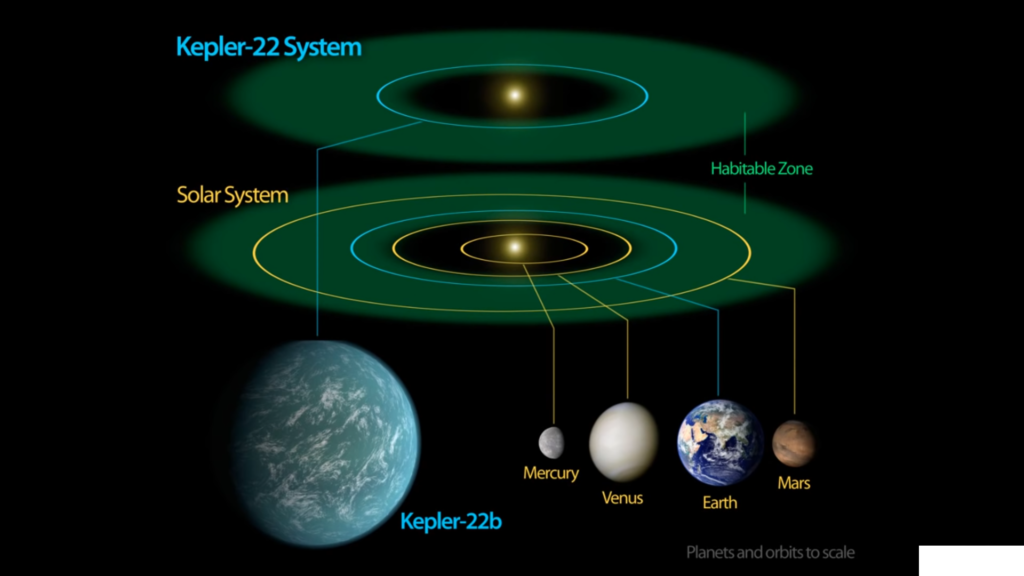 One of these thought to be oceanic planets is Kepler-22b, this planet is 600 light years away from the Earth and orbits a star called Kepler-22, Kepler-22b is the only known planet in the Kepler system and it’s parent star is a bit fainter and smaller than our Sun. Kepler-22b is in the habitable zone, it is around 30 times more massive than the Earth is and it has almost double the radius that the Earth has which clearly indicate that this is a giant planet. So, what would it be like to swim in the ocean of this giant planet?

Well, as we would be landing, we likely would see huge thick clouds and going out of the clouds and crashing into the water would be a bit weird because gravity of the planet is a lot stronger since it is more massive than the Earth and because of the strong gravity we would feel very heavy and swimming would be hard but possible and also as we would splash around we would notice that water is falling down a lot faster than it does here on Earth’s oceans, if there is not a lot of oxygen or if there is too much carbon dioxide then we would need to wear an oxygen tank.

The temperature of the water would be likely around 20 degrees Celsius but it could be slightly higher or colder, diving and looking down we would see a pit black void as the depths of the fully covered oceanic planet would be extreme so it could be quite scary while looking down. While swimming and looking up into the sky if it would be filled with oxygen, carbon dioxide and water vapor which likely is the case for an oceanic planet then the sky would appear blue or grey if it is covered by clouds, there is also chance that some life forms evolved there, but we may not be able to spot it as it may be just single celled life. 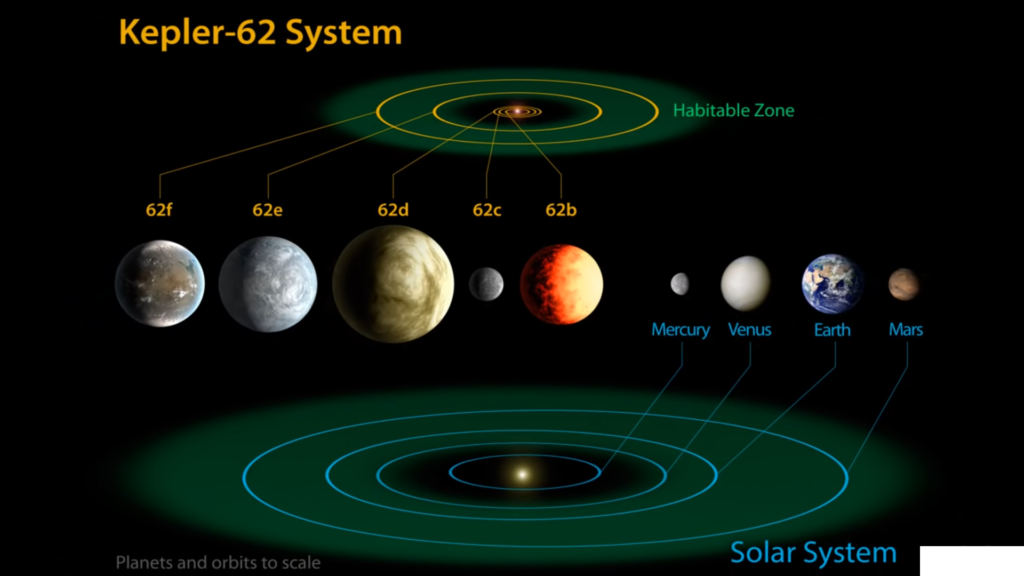 Now let’s take a look at other oceanic planets, so there are also two possible oceanic worlds in one system and that is Kepler-62, it is a star 7 billion years old which is a lot older than our Sun but is also less luminous and smaller, this star 1200 light years away from us and there are 5 found planets in the system, 2 of these 5 planets are Kepler-62e and Kepler-62f and they may be oceanic.

These 2 planets are in habitable zone and have the right masses, these factors make us think that they could be very much oceanic, there even was a modeling study which indicated that majority of the planets in Kepler-62f’s size are covered with oceans. Now let’s take a look at the closest planet that could be possibly an oceanic world and that is Gliese-1214b, this planet is 42 light years away which is still an unreachable distance but it is many times closer compared to other oceanic planets.

Gliese-1214b is 6.5 times more massive than the Earth is and it also has a radius 2.5 times longer but the thing is that this planet is not in the habitable zone, it is close to it’s parent star and so the temperatures are at around 100 degrees celsius or slightly less, this temperature would not really allow for an ocean because the water would just vaporize into the atmosphere but if it is actually colder then it does possibly have the oceanic world covering the planet. So these are the planets that are possibly oceanic, as we can see there are only few of them and we should expect even more discoveries and even more promising water worlds in the future.