620 light years away, in the constellation of Cygnus there is a huge gas giant planet that has been named KELT-9B. This distant world is nearly three times the mass and twice the diameter of Jupiter but what makes it so unique is that it’s surface temperature can reach 4300 degrees Celsius or 7772 degrees Fahrenheit and that makes it the hottest exoplanet ever discovered, it is even hotter than the surface of some stars.

This ultra hot world is constantly being scorched as it travels extremely close to it’s parent star in an unusual highly inclined polar orbit. Because of it’s close proximity to it’s host star, KELT-9B is tidally locked which means that the one side of the planet is always facing the star and the other side is always facing the darkness of the space. 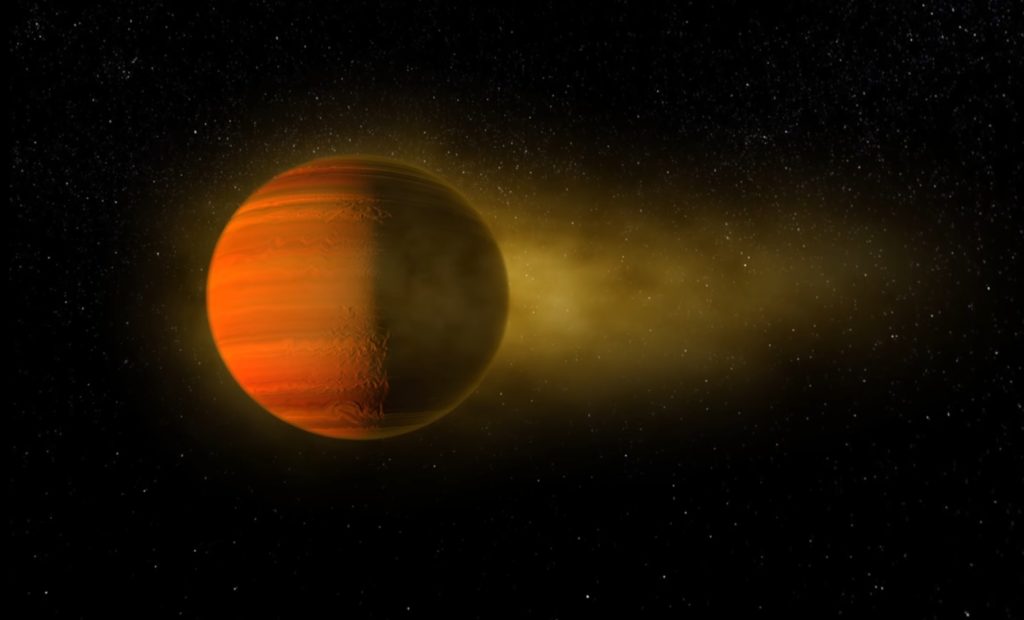 This gas giant is so hot that it vaporises heavy metals such as iron and titanium which have been detected in the planet’s atmosphere along with other elements such as hydrogen that has been boiled off off the planet leaving a tail of super-heated gas that is stretching out behind it as it sweeps through the space. It is estimated that in a few million years from now, KELT-9B will have it’s entire atmosphere stripped away and possibly leaving nothing but a scorched core as a reminder of a planet that once existed there.
PSR B1257+12 SYSTEM

2300 light years away, in the constellation of Virgo lurks a strange but unique planetary system that is made up of 3 known worlds orbiting a pulsar. Pulsars are rapidly rotating neutron stars which are the collapsed cores of exploded ancient massive stars, these pulsar planets were nick named Draugr, Poltergeist and Phobetor and were the first ever confirmed exoplanets.

Two of these three alien worlds are estimated to be about the size as Earth, but they are being bombarded with pulsar radiation. As charged particles rain down on the planets, night sky might light up with magnificent aurora possibly like an extreme version of northern lights here on Earth. However such intense radiation from it’s parent pulsar would make the planet’s surface extremely hostile for life as we know it. Incredibly these distant worlds may also be part of a second generation of planets, the first having been destroyed when the system’s ancient star originally exploded.