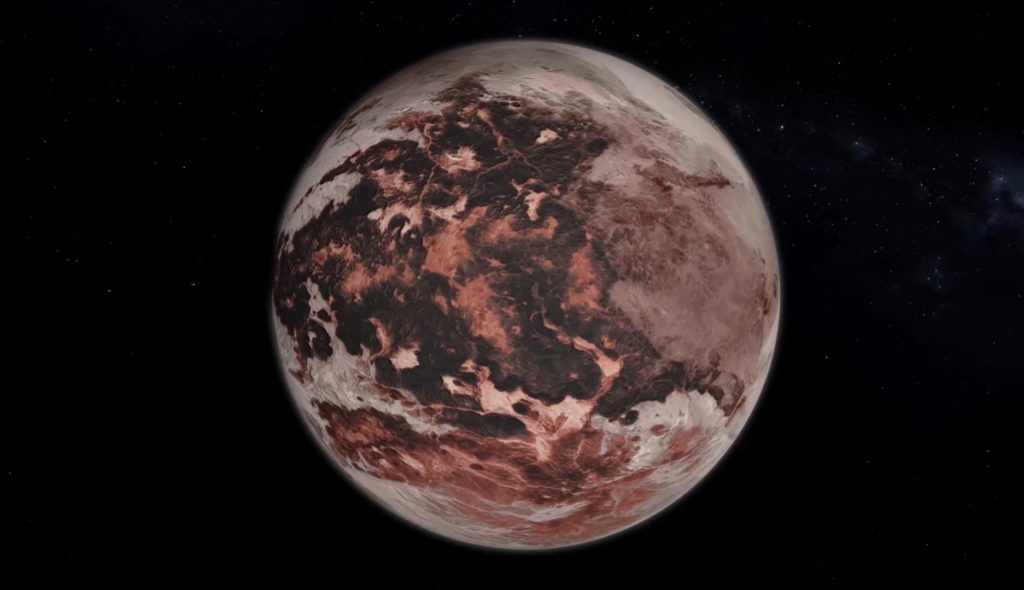 Even though Pluto is extremely far away and one of the most distant objects in our solar system, it is definitely not the last world. Traveling further into the outer reaches reveals many more strange and mysterious objects that have been discovered hiding in the darkness of space. So, let’s travel beyond the icy world Pluto and find out what is lurking at the edge of our solar system. Discovered in October 2015, this mysterious object has been nicknamed The Goblin.

Officially designated as 2015-TG387 the strange world orbits the Sun roughly once every 32,000 Earth years, it is currently around 7.5 billion miles 12 billion kilometers away but at it’s the most distant point, the Goblin travels as far out as 214 billion miles or 344 billion kilometers which places it beyond the Kuiper Belt and makes it one of the farthest known objects within our solar system. The Goblin is likely a dwarf planet, however, it’s status has not yet been confirmed as it is extremely difficult to measure due to its incredible distance from the Earth.

It is a part of a group that can be located at the edge of a mysterious region known as the Oort Cloud which is a giant spherical shell of icy bodies that surrounds our Sun and it is believed to be a place from which comets originate. The peculiar world received its nickname because it was discovered around Halloween but also because the letters TG can be found in it’s a provisional designation.

It is estimated to be between 190 and 220 miles in diameter which makes it considerably smaller than Pluto but a similar size to Saturn’s moon Mimas. It’s exceptionally long elongated orbit also suggests but does not prove the existence of a hypothetical Planet Nine. Planet Nine was first proposed in 2014 to potentially explain oddities in the orbits of a few distant trans-Neptunian objects and the discovery of small worlds like 2015-TG387 may help to find the elusive planet once and for all.

Very little is known about the Goblin’s physical characteristics because of its great distance and small size, but it is likely similar to the other objects that can be found closest to it, such as confirmed dwarf planet Sedna. If this is correct, then it’s surface is possibly a mixture of water, methane and nitrogen ices that are covered in dark patches of complex molecules that are called Tholins. Because of Goblin’s incredible distance from the Sun, it’s surface temperature would likely be below -240 degrees Celsius or -464 degrees Fahrenheit which makes it one of the coldest places in the solar system. 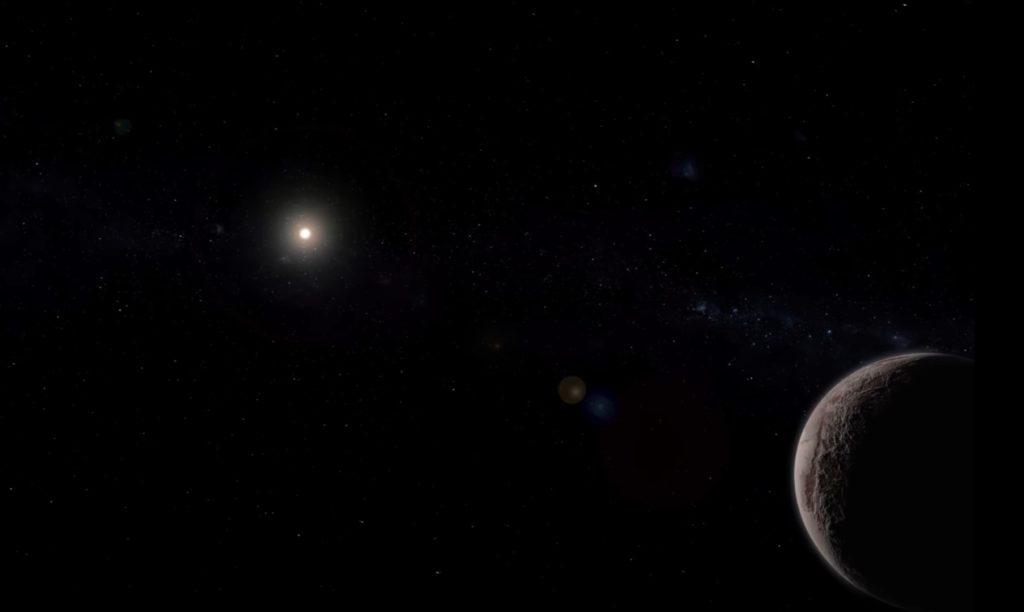 90% of the Goblin’s orbit is so far away that even the Earth’s most powerful telescope would struggle to detect it, but as of 2019 it is approaching it’s closest point to the Sun which is around 61 billion miles away, which means that the Goblin may one day be visited by future probes but until then it will just have to lurk mysteriously in the dark regions of our solar system.