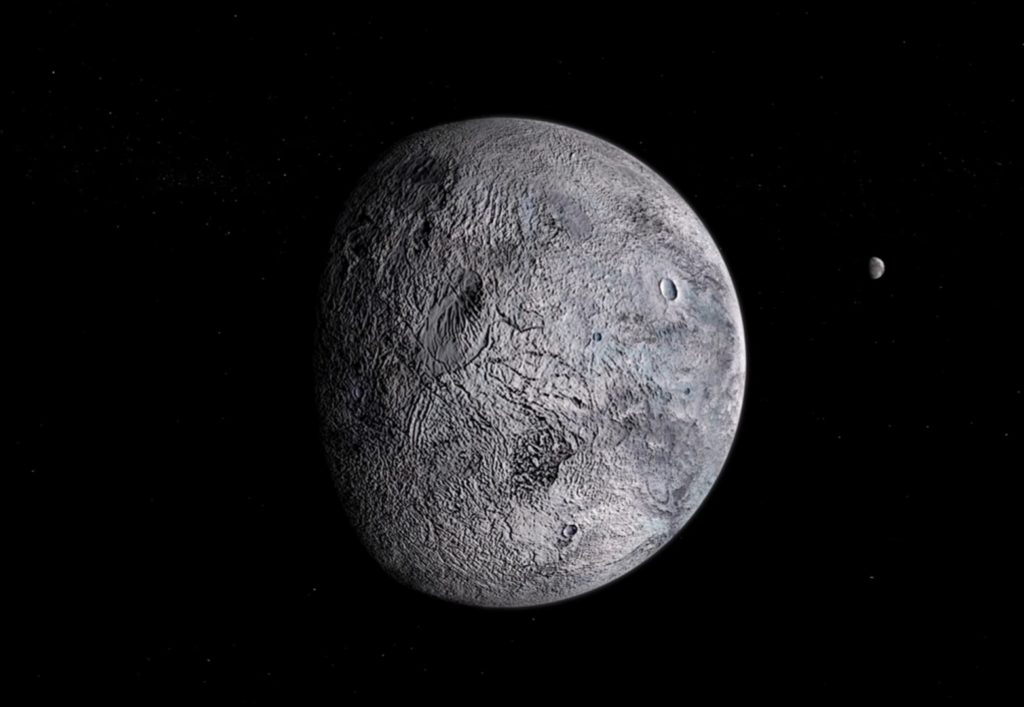 Past all of the rocky inner worlds and the mighty gas giants, the dwarf planet Pluto can be found lurking in the darkness of space. At it’s most distant point Pluto is 4.6 billion miles or 7.4 billion kilometers away from the Earth, although Pluto is extremely far away it is not the last world in our Solar System. Travelling further into the outer reaches of solar system reveals many more strange and mysterious objects that have been discovered hiding in the darkness of space.

Let’s travel beyond the icy world Pluto and find out what is lurking at the edge of our solar system. After the unusual egg shaped world Haumia and the icy red colored world MakeMake, the second largest dwarf planet in the solar system can be located. Named after the Greek goddess of strife and discord Eris is 1445 miles or 2326 kilometers in diameter which makes it similar in size to Pluto. At it’s most distant point Eris is 8.6 billion miles away from the Sun in a mysterious region beyond the Kuiper Belt called scattered disk.

Overlapping the outer edge of Kuiper Belt, the scattered disk is vastly populated by icy small bodies that have wild and random orbits that are thought to be as a result of gravitational interactions with Neptune during the formation of solar system. Like other icy worlds in this region, Eris has a highly eccentric orbit which brings the mysterious dwarf planet as close as 3.5 billion miles away from the Sun.

One complete orbit of the Eris takes as long as 557 Earth years but one day on this frozen world takes only 25.9 hours. Eris is currently at it’s farthest point from the Sun resulting in a surface temperature of -246 degrees Celsius or -411 degrees Fahrenheit. Because of it’s immense distance, any atmosphere it might have had would have frozen and fell to the surface as a snow but as it gets closer to the Sun in a few hundred years from now, it’s icy surface will sublimate creating a new tenuous atmosphere. 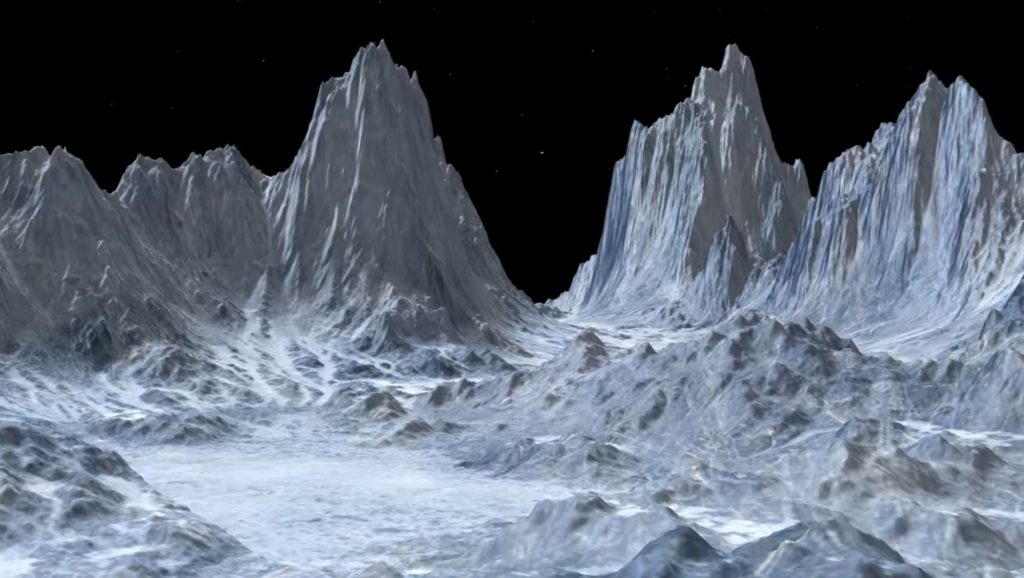 The surface of this remote dwarf planet is thought to be similar to Pluto, a frozen landscape made up of nitrogen and methane ices. Eris also has one very small moon called Dysnomia which completes one orbit every 15.7 days and has a diameter of between 62 and 155 miles. The moon of Eris was named after the demon goddess Dysnomia who represented the spirits of lawlessness.

When the discovery of Eris was announced back in 2005, the mysterious world was considered by many as a 10th planet in the solar system, however due to Eris’s similar size to Pluto along with the announcement of MakeMake and Haumia the definition of what is a actual planet was up for debate.

After months of debate on how to classify Eris, The International Astronomical Union (IAU) voted to change the definition of a planet and controversially demoting Pluto to a dwarf planet and reducing the solar system to 8 main planets. Pluto is now part of a group that includes Eris from the asteroid belt.