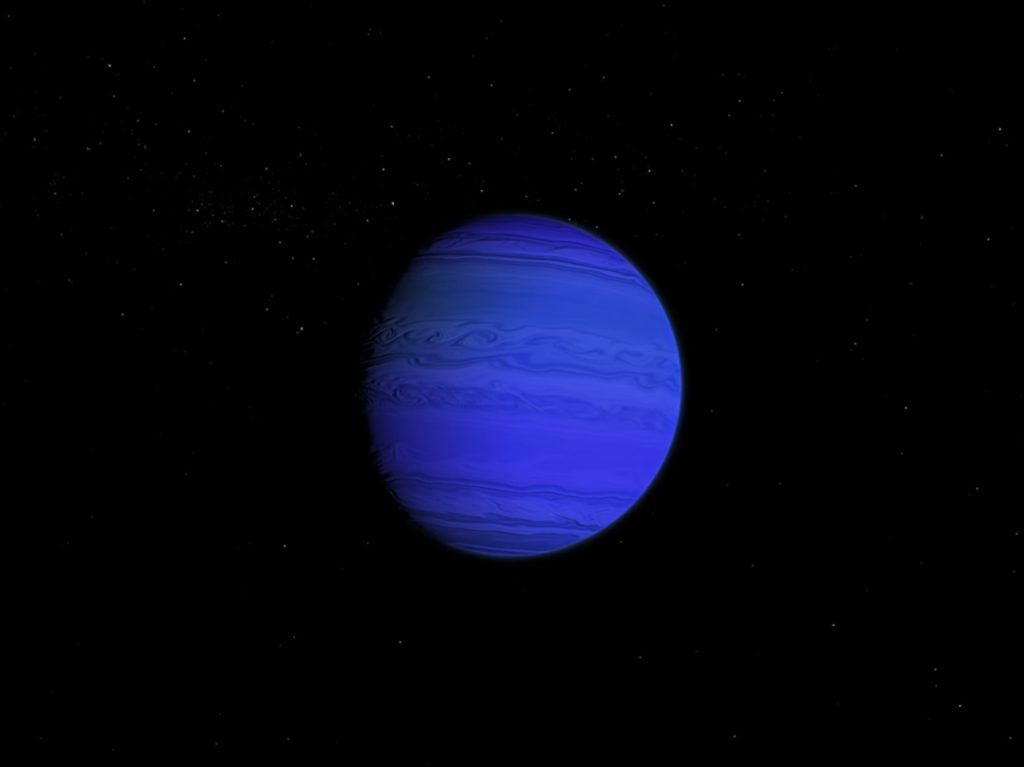 63 light years away from the Earth, in the constellation of Vulpecula a gas giant exoplanet can be located which is named HD 189733-B. This alien world is about the size of Jupiter but is over 30 times closer to it’s parent star than Earth is to the Sun and as a result it makes one full orbit around the star in 2.2 days whereas Earth takes 365 days to complete one orbit around the Sun. If we could see this exoplanet up close, it would be a magnificent bright blue which is a result of it’s hazy, scorched atmosphere containing high clouds carrying silicate particles.

Within this strange atmosphere, wind blows as fast as 5400 miles per hour which is 7 times the speed of sound. Because of these violent winds and silicate concentrated atmosphere, the planets clouds would also rain molten glass sideways. This molten glass would become hard and sharp as it falls and whip through planet’s gases at extreme speeds slicing through anything that gets in it’s path. Because the exoplanet is just 63 light years away, it is currently the closest known hot jupiter type world to Earth allowing astronomers a chance to study it’s incredibly hostile atmosphere. 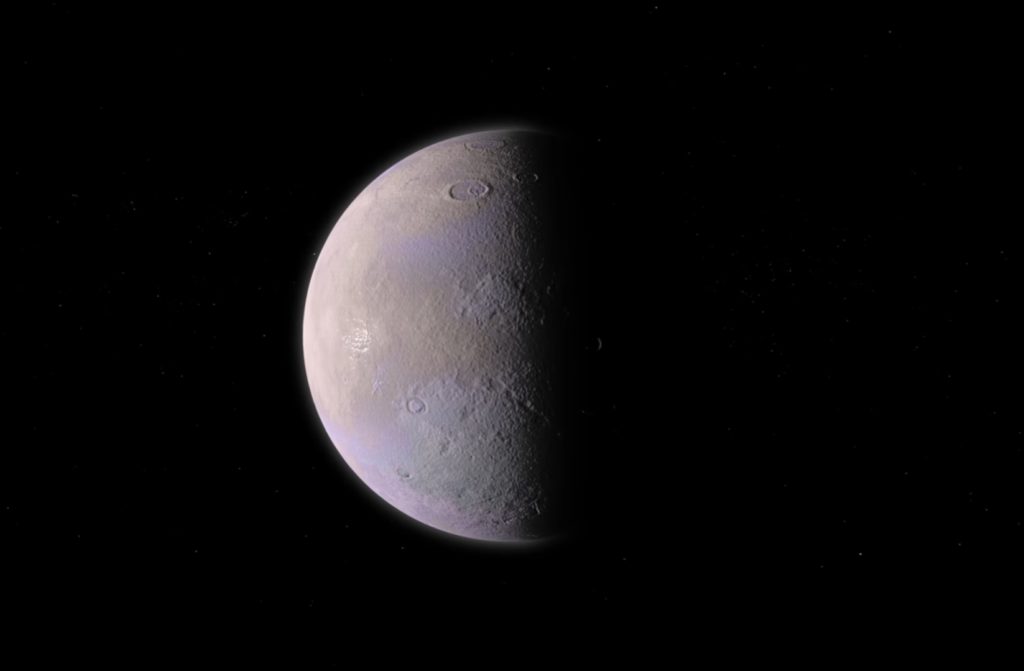 13,000 light years away from Earth, in the constellation of Scorpius, there is an exoplanet lurking which is named OGLE-2016-BLG-1195LB. This distant world is an Earth sized planet that orbit it’s star at a same distance as Earth orbit the sun, however the similarities end there as this exoplanet is frigid, harsh and uninhabitable with temperatures lower than -240 degrees Celsius or -400 degrees Fahrenheit which makes it colder than Pluto.

The reason that it is so cold is because this exoplanet orbits a small star that is only 7.8% the mass of our Sun and is 10,000 times fainter. In fact, the star is so small that scientists are not even sure if it’s a star at all, it could instead be a brown dwarf which is a star like object whose core is not hot enough to generate energy for nuclear fusion. This ice ball exoplanet is more like an ultra cold Earth with no hope of life as we know it existing on it’s surface. 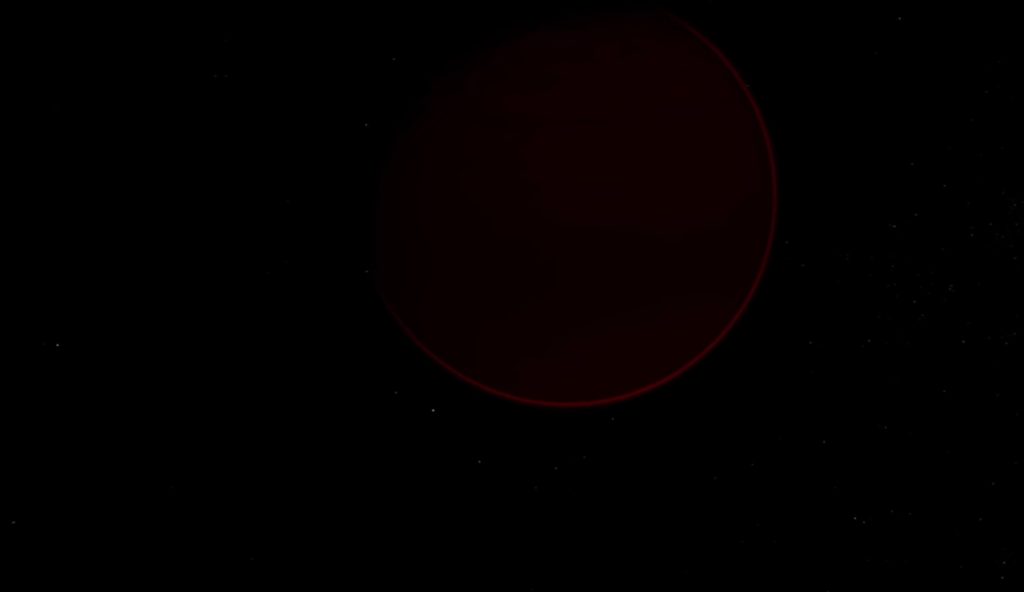 Located 750 light years away from Earth, in the constellation of Draco is a mysterious exoplanet called TRES-2B. This strange world is a large Jupiter sized gas planet that orbits very close it’s host star which is resulting in a scorching temperature of above 980 degrees Celsius or 1796 degrees Fahrenheit.

What makes TRES-2B unique is that it is the darkest planet ever discovered, this planet reflects less than 1% of the light that it receives which makes it darker than charcoal. The planet’s exotic dark atmosphere has been found to contain light absorbing chemicals like vaporized sodium, potassium and titanium oxide. TRES-2B does emit a faint red glow due to it’s extreme temperature but why it is so dark is not fully understood and is still a mystery.