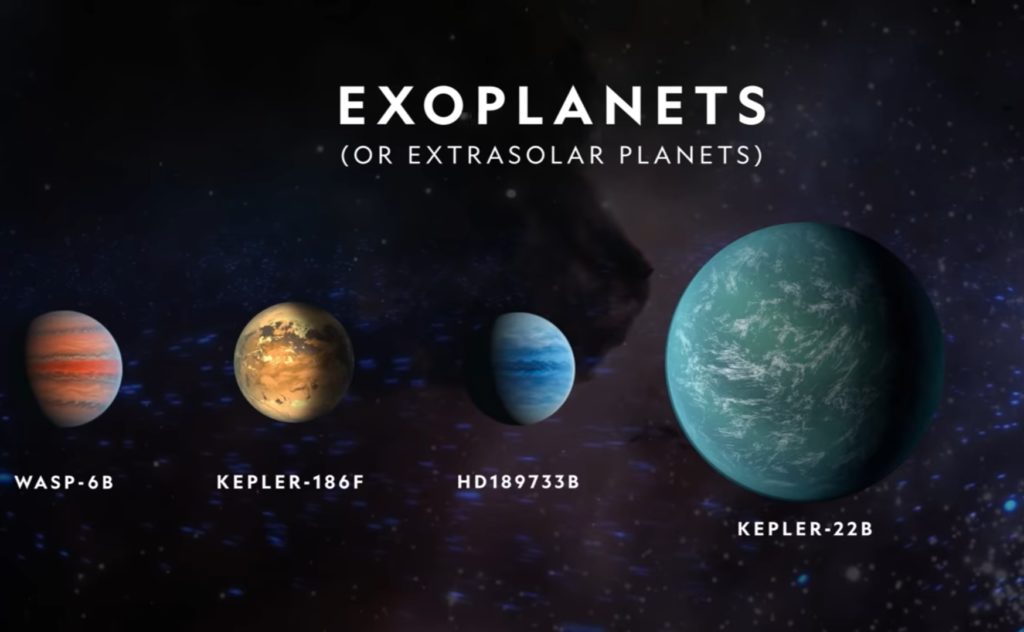 Exoplanets are the worlds that exist outside of our solar system and are also known as extra-solar planets. These exoplanets often orbit their own stars but some being a part of entire planetary systems. Exoplanets are made of the same elements as the worlds in our solar system and based on their composition and structures are just as diverse. Some known as giant or Neptune like planets are large gaseous worlds, other gas giants called hot Jupiters closely orbit their stars causing the planets to have high surface temperatures.

Another category of exoplanets consists of Super-Earths, they are smaller than the gas giants but larger than Earth, Super-Earths are terrestrial and made primarily of rocky or icy material. The final category includes Earth Analogs, much as the name implies Earth Analogs are similar to Earth in various ways, including size, composition and distance to the parent star. Exoplanets are difficult to detect directly mostly because they are outshine by the stars they orbit, so to detect these planetary bodies about 5 primary methods have been developed which are

1. Radial Velocity- In this, planet causes a star to wobble.

2. Direct Imaging- In this, glare of the stars is blocked in order to see objects nearby.

3. Astrometry- Includes observation of star’s movement in relation to nearby stars.

5. Transit- This is the most prolific form of finding exoplanets, in this method a planet passes between it’s star and Earth and thereby dimming it’s star’s light.

Scientists have suspected the existence of worlds outside of our solar system for thousands of years, but the first confirmed existence of an exoplanet orbiting a Sun like star only occurred in 1995. Ever since, about 4000 exoplanets have been confirmed by multiple discovery methods with about 3000 more awaiting verification. 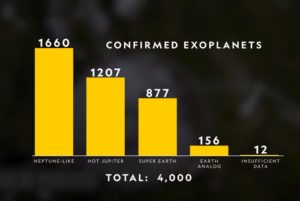 According to one theory, at least one exoplanet orbits each star in the Milky Way galaxy and this would place the exoplanet count in our local galaxy alone to about 1 trillion. The search for exoplanets continues, not just to create catalog of known worlds but also to see if life may exist elsewhere in the known universe. Astro-biologists closely study the size, composition and location of exoplanets relative to their stars to see the likely habitable organisms thriving in an environment other than Earth.