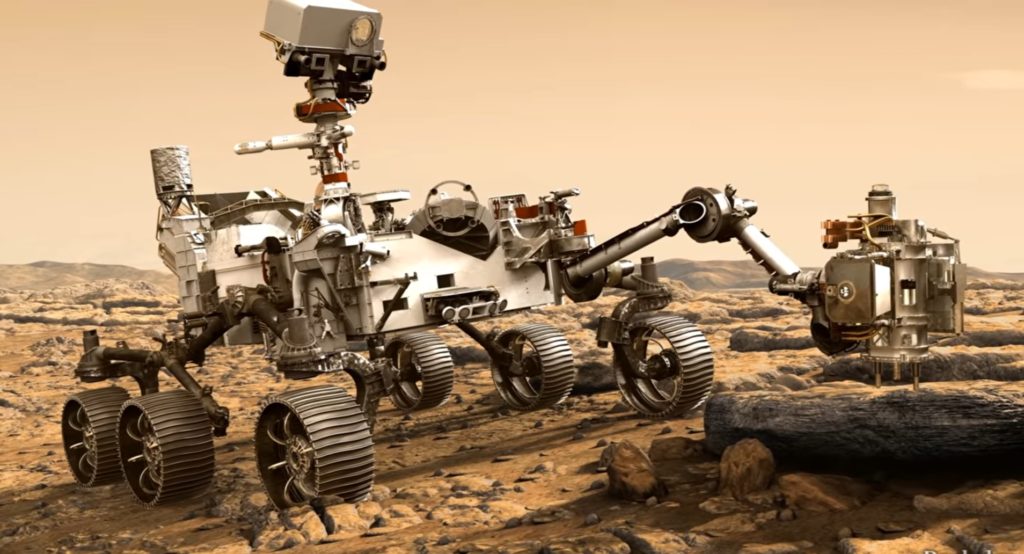 Mars 2020 is a rover that should be launched on 17th July in 2020 on an Atlas-5 rocket and it is expected to arrive Mars in 2021. The reason why this rover is specifically exciting is because unlike other rovers such as Curiosity which was on a mission to specifically find water and water that was present in the past.

The Mars 2020 rover is on a mission to find signs of past life on planet Mars. So, it is pretty much on a mission to find ancient life forms that are speculated to have existed in the past on Mars. So apparently Mars 2020 rover will be looking for past aliens, but to be quite real, if life on Mars really did exist once in the past, it was most likely a very simple form of life since life takes a very long time to evolve.

What could be found on Mars is probably something similar to single celled organisms that existed on the Earth for the first 3 billion years of it’s existence. Earth is around 4.5 billion years old and for the first 3 billion years there were only very simple forms of life. There were not any animals or plants as they are very recent compared relatively to the entire history of life on Earth. This is exactly what is expected to be found on  Mars since Mars in the past very likely had much better conditions to support life since there are lot of evidences for large bodies of water which means in the past Mars likely had rivers, lakes and oceans. And where there is water, the chances for life existing there are much higher.

Mars 2020 rover will be landing in Jezero crater, it is a 50 kilometer wide crater. The reason why Jezero crater is such a promising spot for finding life is because there is evidence that it was under water for a very long time compared to other spots. The longer there was water present in the crater, the likelihood of finding some life form is much higher since there was more time for it to develop. The Mars 2020 rover will try to find signs of life in the past in the clay deposits present in the crater. The rover should then package 31 samples of rocks present there in sealed tubes and it will leave them in specific locations so that later on in a few years those rocks could be collected and delivered back to Earth for studying. 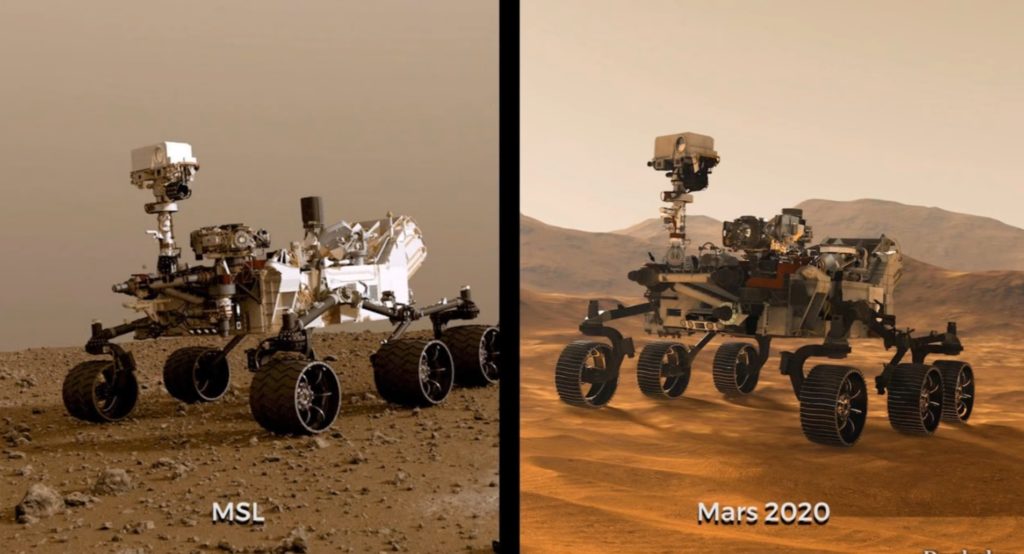 The design of Mars 2020 rover is pretty similar to Curiosity rover, but it has different goals. With Mars 2020 rover also comes the helicopter drone that will be able to lift off the surface 10 meters up in the air and fly for 3 minutes. It should be able to fly over 600 meters in a single flight and could achieve 400 meters maximum in altitude. 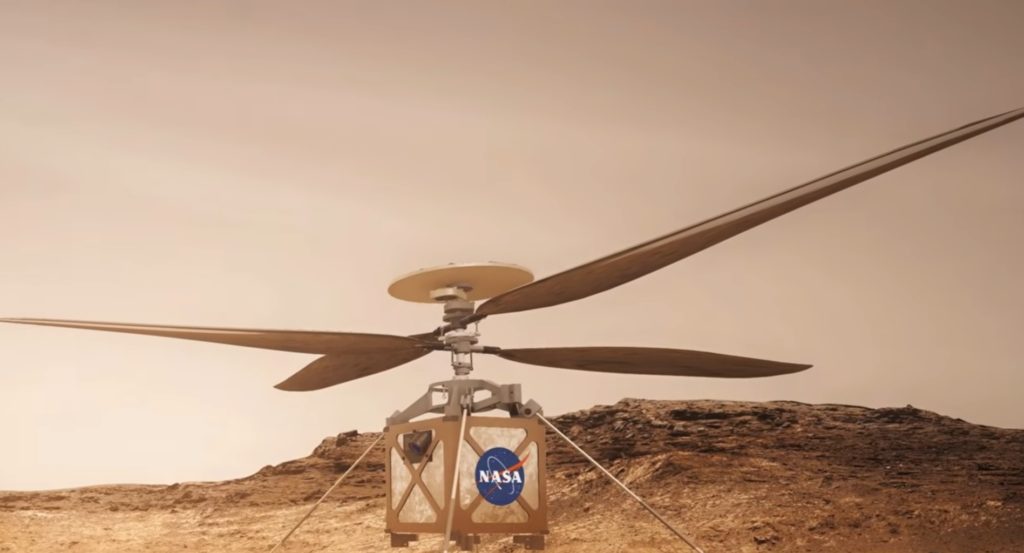 The drone helicopter is very light in weight which is just 1.8 kilograms and it has 2 HD cameras to take pictures of the surface of the Mars while it is flying, that in turn will provide the Mars 2020 rover a better navigation. At 1050 kilograms, Mars 2020 rover is the third heaviest human made object on Mars, it is even heavier than Curiosity by 17%.

All that weight is definitely justified as it carries huge amount of tools, pretty much a laboratory that will help the rover in precisely determining the chemical composition of rocks that it inspects. It will know what minerals it has and through that determine the past habitability. It will also have the tools to determine whether or not there is ice beneath the surface up to 10 meters below the ground it stands on.

It will also have the technology to produce oxygen from the carbon dioxide present in the atmosphere so that we can see whether or not bad oxygen provided will be good for life support and rocket fuel on Mars. If it proves to be good, then that technology could be scaled up to provide energy source for the future humans that land on Mars. The rover will have a total of 23 cameras, every camera has a different purpose. So, as we can see the Mars 2020 rover could be potentially a revolutionary mission and it could exactly answer whether or not Mars had life.