Future Of Voyager 1 And 2 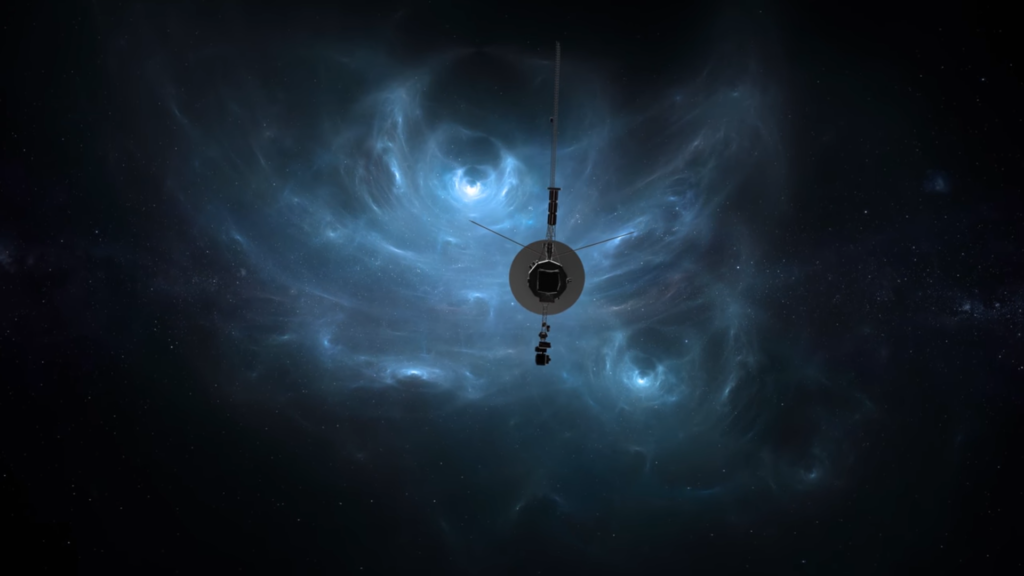 In the darkness of space, billions of miles from home NASA’s Voyager 1 and Voyager 2 are exploring a region where nothing from Earth has explored before. The journey started in 1977 when NASA took advantage of a rare planetary alignment that would allow the Voyager probes to explore the solar system’s outer planets. The mission was to conduct close-up studies of the gas giants including their large moons and ring systems.

Voyager 1 was set on a faster, more direct path that sent the spacecraft sweeping past Jupiter and Saturn. While Voyager 2 took a slightly different path that would also take it past the two gas giants but then on to Uranus and Neptune. This made it the first and currently only probe to explore the two distant ice giants. Between them they explored all four of the outer planets, their colossal magnetic fields, 48 of their mysterious moons and their unique ring systems. This provided scientists with unprecedented data.

Their mission did not end there because they both went on to achieve another milestone in space exploration. In August 2012, Voyager 1 made the historic entry into interstellar space which is the area between stars. Then six years later Voyager 2 also crossed the threshold making the twins the only two spacecrafts ever to venture into this mysterious region.

Even though the probes are more than 11 billion miles away which is more than 18 billion kilometers away their story is possibly only just beginning. On their current paths both Voyager 1 and 2 will continue to head outwards across the galaxy for eons, perhaps even outlasting the Sun. Although Voyager 1 is predicted to run out of power in 2021, it will continue to escape the solar system at a speed of about 3.5 astronomical units per year. It will head in the direction of the constellation Ophiuchus which can be found traveling the celestial equator in our night sky.

For more than 38,250 years the probe will drift through the darkness of interstellar space until it comes within 1.6 light-years of an obscure red dwarf star called Gliese 445. This star can be located in the constellation camelopardalis. Gliese 445 is currently 17.6 light years away. However the star is rapidly approaching our solar system which means that by the time Voyager 1 passes Gliese 445, the star will only be around 3.45 light years away. This would make it at the time of the flyby one of the closest stars to the Sun in about 56,000 years from now. 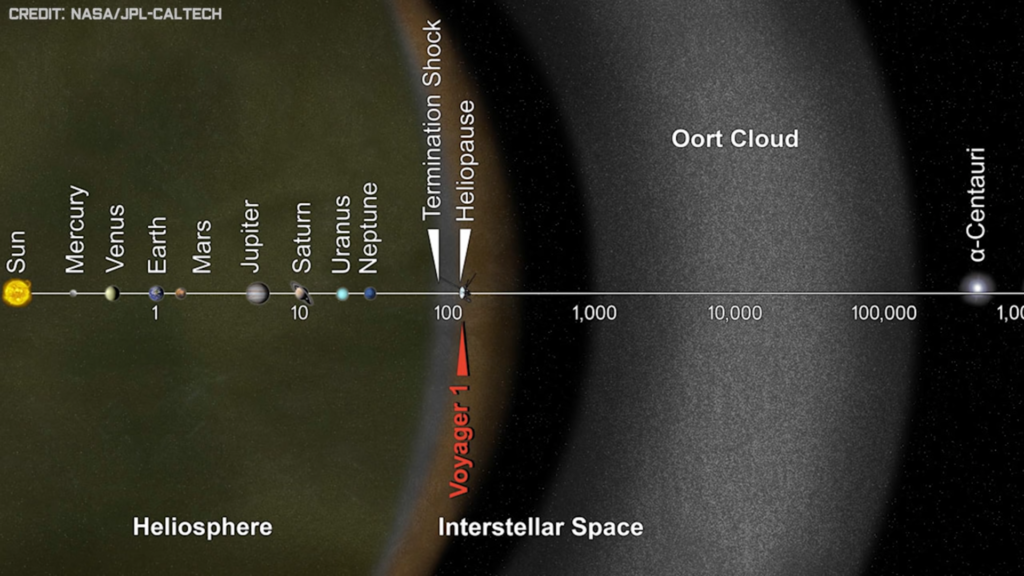 Voyager 1 may have finally left the solar system as it exits the mysterious Oort cloud. Oort cloud is a distant giant spherical shell of icy comets like objects that surround the Sun and everything that is gravitationally bound to it. The Oort cloud is believed to be so large that it may extend halfway from the Sun to the next closest star. Then for about 570,000 years Voyager 1 will likely drift through the darkness of space aimlessly heading towards its next possible encounter another red dwarf star called Gliese 686.

Voyager 2 on the other hand is heading in a different direction towards the constellation of Sagittarius and pavo at a speed of about 3.1 astronomical units per year. The probe is predicted to run out of power in 2025 where it will then coast through space all alone for around 40,000 years until it comes within 1.7 light years of a small star called Ross 248. This star can be located in the constellation of Andromeda. At this point Ross 248 will briefly be the closest star to the Sun as it’s path through the galaxy brings it just 3 light years away around 20,000 years.

After this distant flyby Voyager 2 will also go beyond the icy shell of objects known as the Oort cloud the place where the Sun’s gravitational influence drops off. Then just like it’s twin Voyager 2 will spend hundreds of thousands of years coasting through interstellar space. But it won’t have to wait as long as Voyager 1 did to encounter it’s next object because around the Year 298,000, the now ancient spacecraft will pass within 4.3 light years of the colossal star Sirius. Sirius is currently the brightest star in the night sky.

From here, Voyager 2 will drift for another hundred thousand years or so until it eventually passes the star Delta Path. This star according to the SETI Institute is one of the best targets among the 100 closest stars to search for habitable planets that may harbor life beyond our own.

After all of these extremely distant flybys the twin probes will continue their journey through the galaxy for millions of years passing through all types of different regions. The ultimate fate of the Voyager probes is unknown they may eventually collide with a rogue planet, be smashed into pieces by micro meteorites, be picked up by an extraterrestrial species or perhaps even outlast our solar system altogether surviving long after the Sun has died billions of years from now. But one thing is for sure, these important and impressive feats of human technology will always be a reminder of an ancient civilization that were capable of producing not one but two probes that explored their solar system and beyond.