‘Stephenson 2-18’ The New Largest Star In The Universe

Many years ago, the astronomer Carl Sagan famously said that there are more stars in the universe than grains of sand on Earth’s beaches. It is impossible to know exactly how many stars are out there in the cosmos. But it is estimated that the universe contains at least 1 quadrillion, which is 1 followed by 24 zeros And they come in a variety of shapes and sizes.

Some are fairly small but extremely heavy, such as the exotic Neutron star. While others are low mass, much cooler and common throughout the galaxies, such as red dwarfs. The star that we see and feel every single day, the Sun is technically classed as a yellow dwarf.

Compared to the Earth, Sun is enormous, but on a stellar scale, it is actually fairly average because the universe has produced some truly colossal stars, such as the mighty UY Scuti. This ginormous ball of glowing plasma is classed as a red supergiant and was once considered the largest star ever discovered.

Located in the constellation Scutum, UY Scuti was originally estimated to be 1700 times larger than the Sun. For many years it was believed to be the largest in the known universe. However now UY Scuti doesn’t even make it into the list of 10 top. The reason for this sudden downgrade is because it is actually a lot closer to Earth than originally estimated. More recent and accurate measurements have found that UY Scuti is more likely to be 775 times the size of the Sun. Still making it a gigantic star, but nowhere near as big as many others that have already been discovered.

So what is the largest known star in the universe? Well, that title currently belongs to Stephenson 2-18. Stephenson 2-18 is truly enormous, with an estimated radius of 2150 times the size of the Sun. In fact, if we could replace the Sun with this colossal star, then it would easily engulf the orbits of Earth, Mars, Jupiter and even Saturn, which is on average 886 million miles away or 1.4 billion kilometres away.

The enormous star is a part of a relatively small cluster called Stephenson 2, which is located around 20 thousand light-years away. The cluster also contains 26 other confirmed red supergiants, far more than any other known cluster in the universe but none of them seems to be as large as Stephenson 2-18. This newly titled “largest star” is also very young, around 14-20 million years old and according to the current understanding of stellar evolution, Stephenson 2-18 may even continue to grow bigger, possibly one day becoming what is known as a yellow hyper-giant. 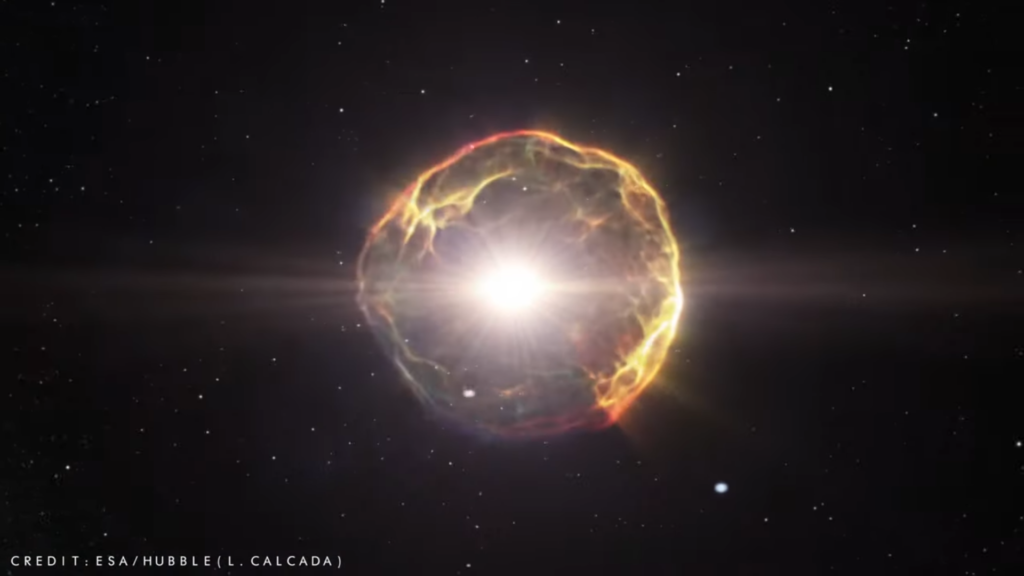 Just a few million years from now this gigantic glowing ball of plasma may also enter into the latter stages of its life as it quickly burns through it’s fuel and eventually explodes in a catastrophic, but magnificent supernova, possibly even leaving behind a black hole as a reminder of Stephenson 2-18s once extreme parameters.

Of course, stellar sizes are only estimates based on measurements from great distances and so we will have to wait until further studies are completed to find out if Stephenson 2-18 really is the king of the stars, or whether another is waiting to take that top spot.