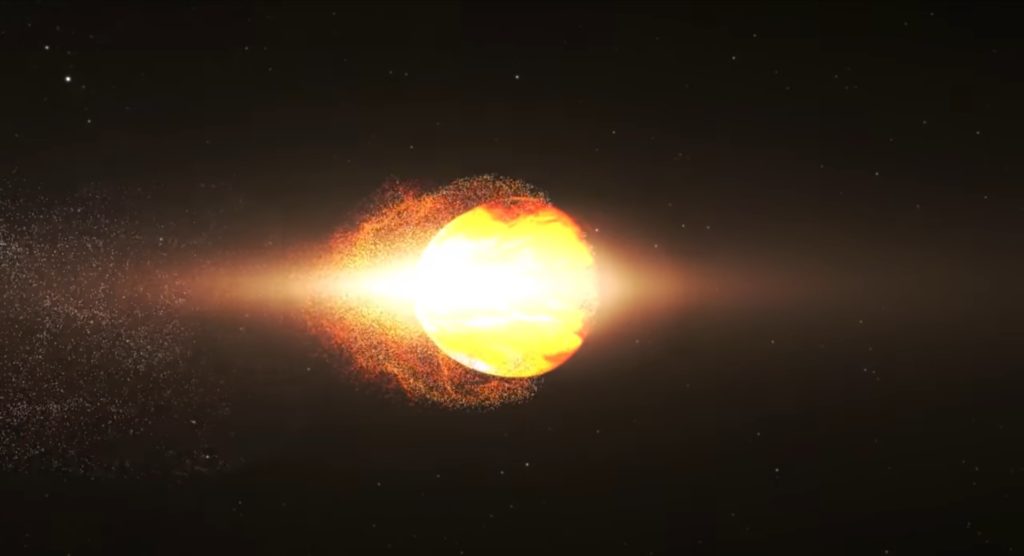 1400 light-years away in the constellation of Auriga is one of the strangest exoplanets discovered so far. The dark, egg-shaped world, ‘Wasp 12B’. ‘Wasp 12B’ is a class of Exoplanet known as an “ultra-hot Jupiter”, which is a giant gas planet that is physically similar to Jupiter but has a blistering hot atmospheric temperature due to an orbit that is extremely close to its host star, much closer than Mercury is to the sun. In fact, this ultra-hot Jupiter is so close to its sun-like star, that it only takes the alien world roughly 1.1 Earth days to complete one orbit.

At only 3.4 million kilometers or 2.1 million miles away from its star, ‘Wasp 12B’ is slowly being stripped away. But even though it is being pulled apart, it is still 1.8 times larger than Jupiter and contains around 40% more mass, making it a low-density exoplanet. 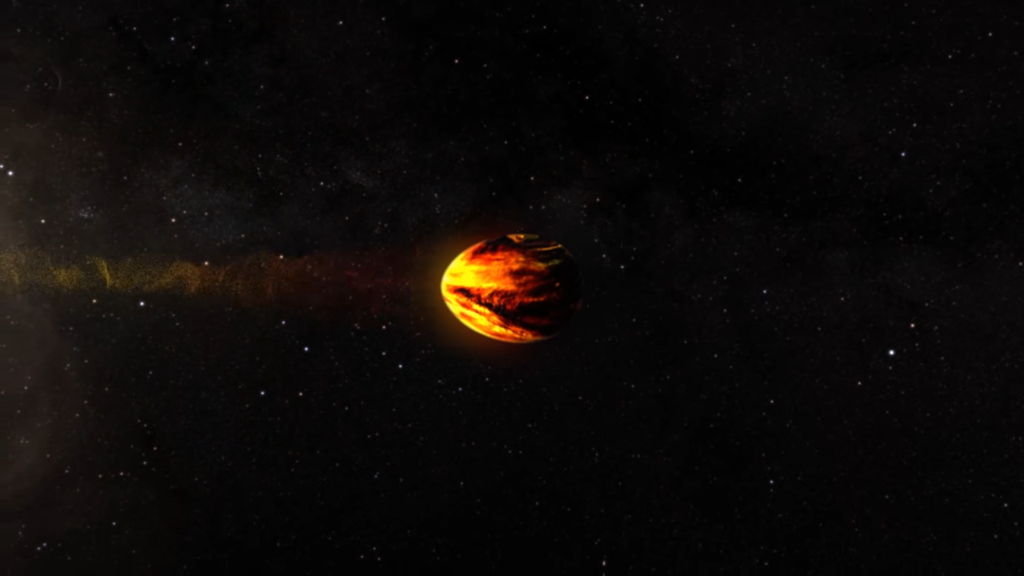 The features that make wasp 12B really strange is that it is shaped like an egg and is one of the darkest worlds ever discovered. The unusual shape is due to its star’s immense tidal forces distorting the giant gas planet, stripping away its hot, puffy atmosphere and consuming it at an estimated rate of 189 quadrillion tons a year. Recent studies have even suggested that in just 3 million years from now, Wasp 12B will be completely devoured, never to be observed again.

A possible reason for Wasp 12B’s dark color is that it cannot form light-reflecting clouds due to its extreme proximity to its host star. Instead, incoming light penetrates deep into the planet’s atmosphere where it is absorbed by hydrogen atoms and converted into heat energy. But the superheated gas giant probably doesn’t look pitch black, because its extreme temperature would likely make it glow a dull red, like molten metal.

The doomed planet is also tidally locked, which means the same side of the gas giant is always facing its star. This makes Wasp 12B’s dayside a scorching 2500 degrees Celsius or 4,600 degrees Fahrenheit, resulting in part of its atmosphere behaving more like a low mass star. However, the planet’s cooler night side is a different story, as previous Hubble observations have detected possible clouds, atmosphere haze and even water vapor. 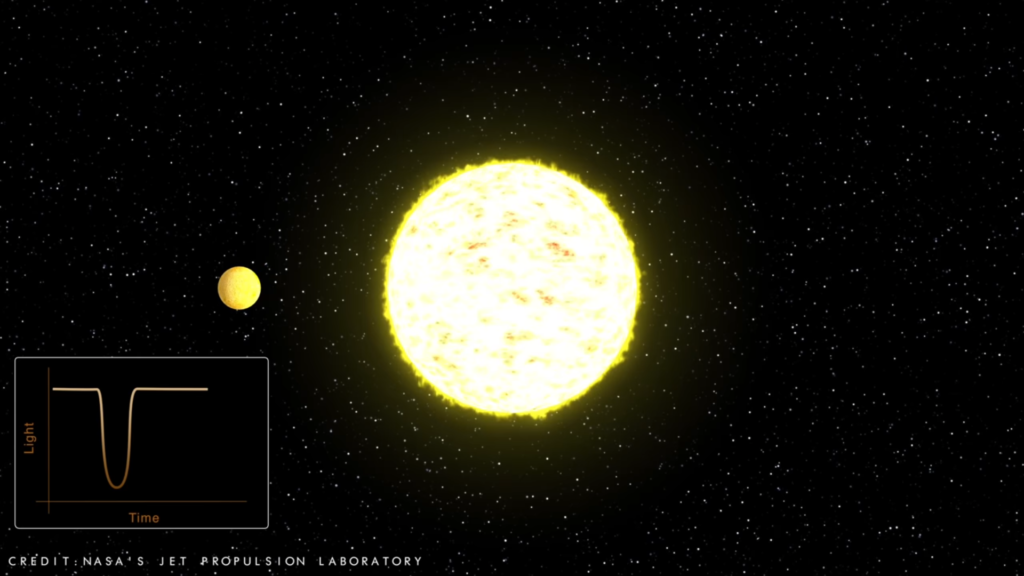 Wasp 12B was discovered in April 2008 by the SuperWASP planetary transit survey via a very successful exoplanet-hunting technique called the transit method. This type of detection is achieved when a planet passes directly between its star and the observer, blocking some of the star’s light and so for a brief period of time, dimming the star, confirming the presence of an exoplanet. From here, astronomers complete further studies that can reveal the mysterious planets size, mass, atmospheric composition, temperature and much more.

In 3 million years from now, this strange ultra-hot Jupiter may no longer exist. The superheated planet may have been torn apart and devoured by its host star, never to be seen again. But from a distance, the inquisitive minds of planet Earth will continue to study Wasp 12B and further investigate this planet’s extreme conditions.