Sometimes the universe serves up some pretty horrifying scenarios, lucky we are safe here on Earth. In this space facts article lets get to know about some scary but true facts that shows just how terrifying the universe can be. 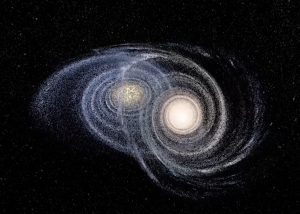 There are many cases in the universe where a galaxy can collide with another one or multiple galaxies. Research has found that larger galaxies collide with smaller ones every eight to nine billion years. Our galaxy the Milkyway is on track to collide with the Andromeda galaxy in about 4 billion years which could possibly destroy all life forms in our galaxy.

2. No Sound In Space

Contrary to what many hollywood films may have you believe, there is no sound in space due to there being no particles for sound to bounce off. Space is completely silent, the only exception would be if you were in the middle of a fairly dense gas cloud. It’s so quiet that if you were able to float through space unaffected by the radiation, extreme cold and lack of oxygen the silence would drive you mad. 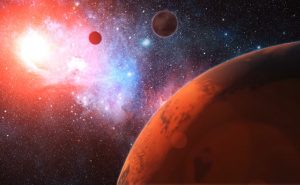 Sometimes planets like to go rogue and escape the gravity of their parent stars. This doesn’t sound too scary until you learn that these planets can be 12 times the size of Jupiter rocketing through space at 30 million miles per hour. At some point one of these planets may collide with the earth and it goes without saying it will be pretty catastrophic.

4. Loose Skin Falls Off In Space

This fact may scare the germaphobes of the world. It turns out after a month in orbit, chunks of your feet start falling off. Callouses and dead skin just start floating off your foot after a while. Yeah no thanks.

5. The Biggest Planet In The Universe 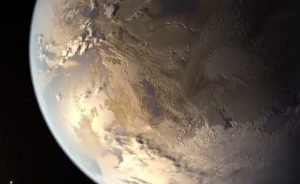 Jupiter is the biggest planet in our solar system but is dwarfed by the size of the largest planet astronomers have found in the universe. The Denis-P planet is about 28.5 times the mass of Jupiter. It is currently classified as a gas giant like our Jupiter. But many astronomers suggest it should be classified as a brown dwarf star because of its massive size.

6. The Hottest And Brightest Supernova 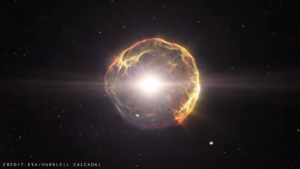 A supernova occurs when a star dies and explodes expelling an enormous amount of light, heat and radiation. The Asassn-15LH is the hottest and most luminous supernova astronomers have ever found. At current measurement the explosion reached about 100 billion kelvin. For comparison earth’s temperature is about 288 kelvin. It also shown at a brightness of 570 billion solar luminosity which is about twice as bright as any other of the supernovas discovered so far.

In the early days of space travel many animals including cats, dogs and a chimpanzee were sent up into the space. Some of these animals and even some humans didn’t make it back and joined the thousands of tons of space junk hurling around our planet. If that’s not creepy enough, without oxygen bodies don’t decompose so this means space is littered with floating frozen corpses. 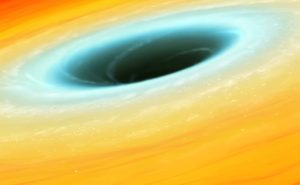 9. What Happens When You Fall Into A Black Hole 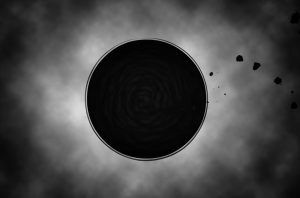 We’ve all heard of black holes but what would happen if you were to fall into one? There are only theories as to what would happen. One theory is that it may split your reality into two parts in one part you’ll be spaghettified and killed immediately and in the other you’re unharmed, this is because time doesn’t work the same near black holes as on earth. Either way i wouldn’t try it if i were you.

One minute you are a galaxy chilling at the edges of the universe the next you are sucked into who knows where. A phenomenon called the Dark Flow keeps pulling chunks of galaxies into unknown places and we don’t know why.

400 people were injured after a meteorite exploded in Russia back in 2013. As it turns out meteors can just fall at any moment and rain down on earth causing massive destruction and we might not know until it’s too late.