Discovery Of A Possible ‘PLANET NINE’

One of the Solar system’s most intriguing mysteries is whether or not there is a giant undiscovered planet lurking far beyond Pluto. Nicknamed “Planet Nine” or sometimes “Planet  X”, the hypothetical world has stirred up a lot of controversies, since it was first proposed. Mainly, because it still has not been found. But a new study has recently revealed that the elusive object may have already been unknowingly observed back in 1983.

Since the mid 19th century, astronomers have been searching for a large undiscovered planet lurking in the outer reaches of the solar system, and in early 2016 the search gained renewed interest. The 2016 Planet Nine hypothesis is based on mathematical modelling and computer simulations that suggested a giant ninth planet is responsible for gravitational effects on a group of icy objects beyond Neptune. 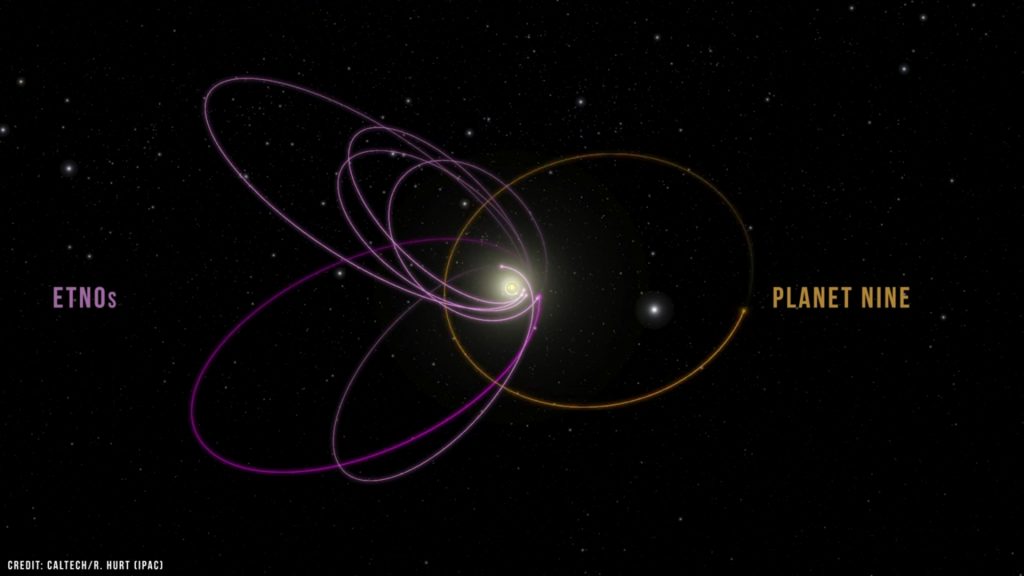 These objects are called extreme trans-Neptunian objects or ETNOs and have wild elongated orbits as if they are being pushed into a similar pattern under the gravitational influence of something much larger, as the above image explains.

According to the hypothesis, the planet would need to be 5 to 10 times the mass of Earth and would orbit the sun once every 10,000 years or so. Its orbit would take it an estimated 560 astronomical units away from the Sun and to put that into some kind of context, the Earth is only one astronomical unit away from the sun, which is 93 million miles or 150 million kilometers. At this incredible distance, Planet nine would likely be a dark, cold world that reflects very little sunlight, making it extremely challenging to find.

However, unless the hidden world is directly observed, its existence is speculative. But the Planet Nine story may have just taken an interesting turn, because a new study has recently revealed what could be the traces of a new mysterious world far beyond Neptune, from data collected decades ago.

Astronomer Michael Rowan-Robinson of the imperial college London, UK, analyzed around 250,000 points detected in 1983 by the infrared astronomical satellite, also known as IRAS, in the hunt for a Planet Nine. According to his research, out of all of the data he searched through, only one case could not be eliminated, an object that appeared in June, July, and September of 1983, moving across the sky. Although the object could be a new Planet, according to astronomers, its orbit would be inconsistent with the predictions made in 2016, potentially making it a brand new planet nine candidate.

Infrared Astronomical Satellite (IRAS) operated for ten months and was the first space telescope to perform a survey of the sky in infrared. It made a number of unexpected discoveries, And now, nearly 40 years later, it may well have discovered a hidden world, lurking in the outer reaches of our solar system. 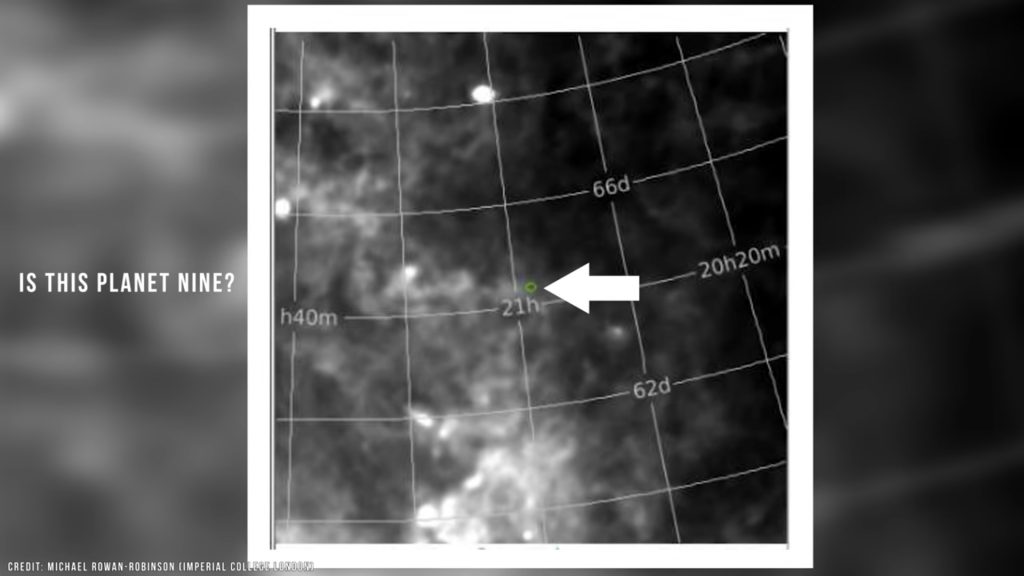 In infrared light, small, dark objects like a potential Planet Nine might be detectable. Although the object in question is located in an awkward place, close to the galactic plane of the Milky Way and so it may well be the result of noise from filamentary clouds that glow in infrared wavelengths.

If, however, this is a new planet, then according to the Infrared Astronomical Satellite (IRAS) data, it would be between three and five times the mass of Earth and orbit the sun at a distance of around 225 astronomical units, much closer than the 2016 planet Nine predictions.

Is the above tiny dot the elusive planet nine? If it is, then it would be the first new major planet found in nearly two centuries. More time is needed to find out, but it is exciting to think that this research could lead to the discovery of a lifetime or it could lead to nothing. For now, the search for Planet Nine continues, but possibly not for much longer.